Christain Ronaldo has won his second player of the month award after his return to the English Premier League. 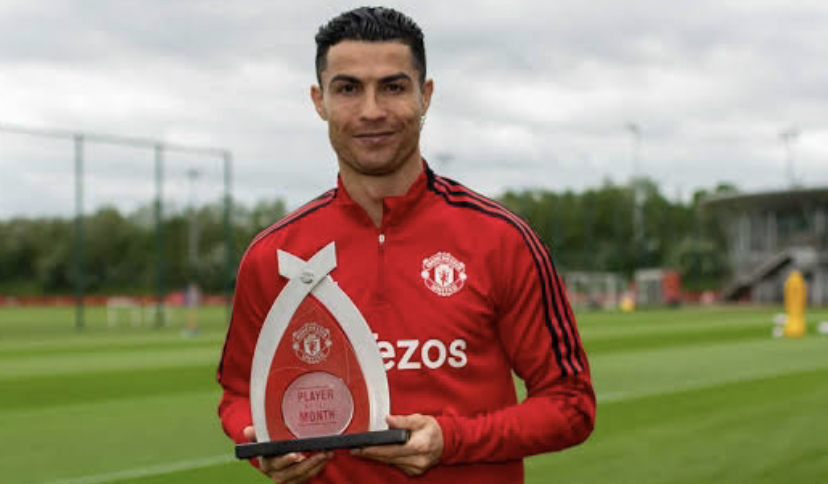 Christain Ronaldo has won his second player of the month award after his return to the English Premier League.

The award resulted from the Portuguese’s brilliant performance for his struggling Manchester United side.

The 37-year-old striker grabbed his second premier league award for April after registering five goals in his four top-flight appearances for Manchester United last month, including a stunning hat-trick against Norwich City at Old Trafford.

After registering his 100th Premier League goal in a 3-1 loss against Arsenal, the five-time Ballon d’Or winner became the fourth player to reach a century in the division for his club.