Umar Sadiq will undergo surgery after he tore his anterior cruciate ligament and is expected to miss the rest of the season. 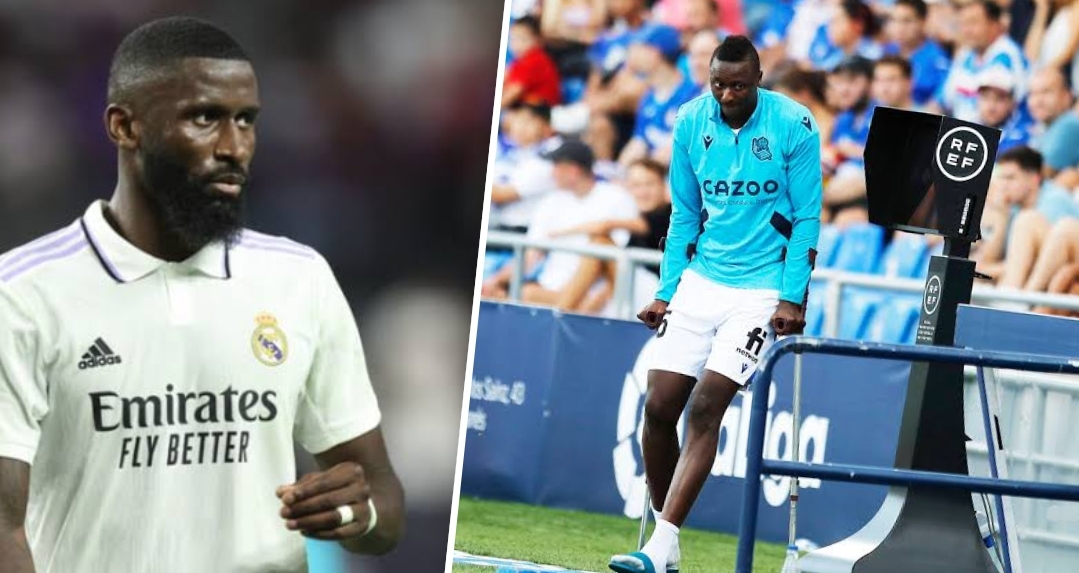 Real Madrid defender Antonio Rudiger has sent a strong message of support to former teammate and Real Sociedad striker Umar Sadiq after he suffered an injury that ruled him out of the season.

Real Sociedad announced in a statement yesterday that the Super Eagles forward tore his anterior cruciate ligament during a match lost to Getafe on Sunday.

The club added that Sadiq would undergo surgery for his treatment, expected to sideline him for the rest of the 2022/23 season.

Following the announcement, Rudiger, who played with Sadiq in Italy with Serie A club, AS Roma, took to his Instagram story to wish the Nigerian well.

Sadiq, 25, who joined Sociedad from Almeria for a club record €25 million during the last summer transfer window, played six times for Roma but only managed to score twice.