Admitting guilt, Eto’o said he was a child when it happened, but agreed to pay a fine for the offence that occurred between 2006 and 2009. 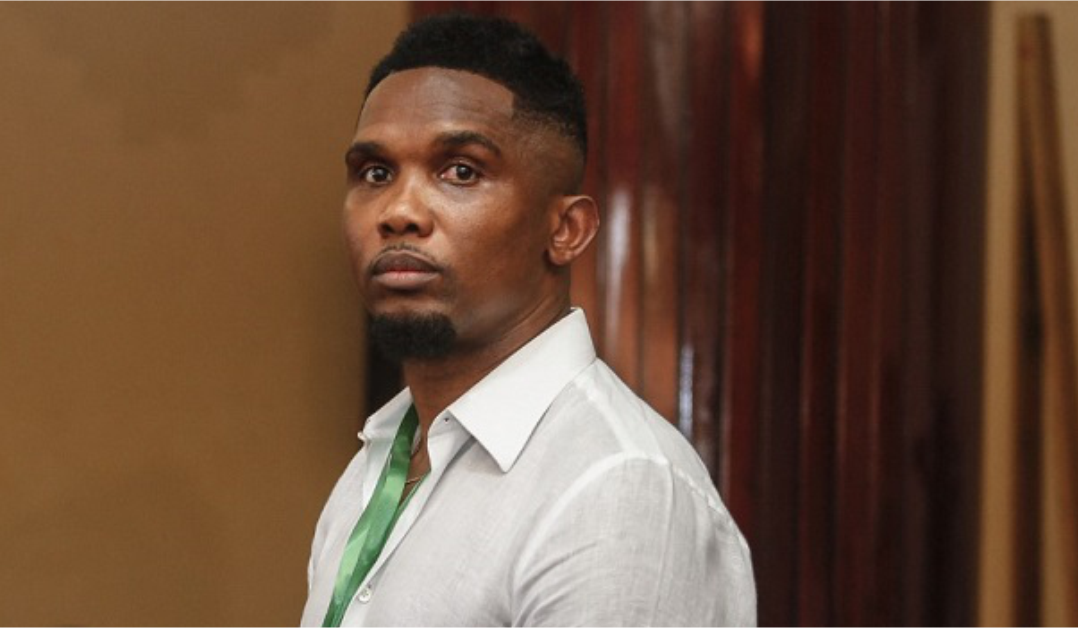 Former Cameroon and Barcelona striker Samuel Eto’o has been given a 22-month suspended prison sentence for tax fraud by a Spanish court after he pleaded guilty on Monday.

“Eto’o pleaded guilty to a £3.2m tax fraud relating to his image rights while playing for Barcelona,” the BBC reported. “The four-time African footballer of the year was given a 22-month suspended prison sentence.”

However, Eto’o will pay a fine of £1.55 million to Spanish authorities to avoid being jailed.

Accused of not declaring his income from the transfer of image rights between 2006 and 2009, Eto’o admitted to the fraud, saying he was a child when it happened, while agreeing to pay the fine for his offence.

“I admit the facts and I am going to pay what I’m due, but let it be known that I was a just a child then and that I always did what my former agent Jose Maria Mesalles, who I considered like a father, asked me to do at that time,” Eto’o said in court.

While playing for Barcelona, Eto’o transferred his image rights to a Hungary based company, a country with one of the lowest tax rates in Europe.

By Monday’s judgement, Eto’o has joined the list of football personalities – made up of players and club managers – prosecuted for tax fraud in spain.

In recent years, the likes of  Cristiano Ronaldo, Lionel Messi, Jose Mourinho and Neymar were prosecuted for tax related issues.

Eto’o, 41, is the president of the Cameroonian Football Federation.

At 23, he joined Barcelona. During his career, he played for Real Madrid, Inter Milan, Chelsea and Everton before retiring from football in 2019.