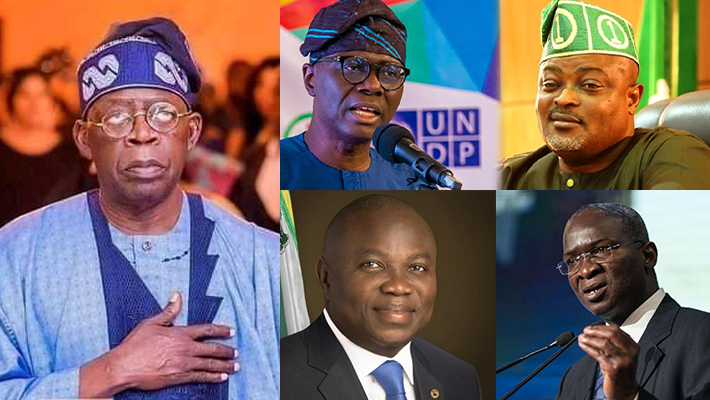 The recently promulgated Lagos anti-graft law signed by Governor Babajide Sanwo-Olu has been described as a move to cover up corruption cases in the state.

The Human and Environmental Development Agenda (HEDA Resource Centre) disclosed this on Friday in a statement signed by its Chairman, Olanrewaju Suraju.

“It is an unscrupulous attempt by the ruling elite of Lagos state to cover up serious cases of corruption in Lagos, especially considering that three former governors, as well as other top politicians in Lagos, are undergoing various investigations or cases of corruption with the federal anti-corruption agencies, particularly the EFCC,” said Mr Suraju.

Section 13(3) of the new law, ‘Lagos State Public Complaints and Anti-Corruption Commission Law 2021,’ states, “The commission shall upon the commencement of this law take over the investigation of all anti-corruption and financial crime cases involving the finances and assets of Lagos State Government being investigated by any other agency.”

However, in HEDA’s submission, the law “on the surface, looks like a progress in the fight against corruption,” but “is actually an attempt to cripple the anti-corruption campaign,” and therefore urged the Lagos parliament to review and amend the law.

Mr Suraju questioned why the bill was passed without a public hearing.

Former Lagos governors Bola Tinubu and Babatunde Fashola are among other public office holders in the state believed to be under corruption investigations.

Citing Section 4(5) of the 1999 Constitution of the Federal Republic of Nigeria (As Amended), Mr Suraju challenged the constitutionality of the anti-graft agency, stating that the Economic and Financial Crimes Commission is already in place by an act of the National Assembly and performs the same duty nationwide.

The HEDA boss added that the Lagos government could not be independent of a federal investigation since it relies on allocations from the federal government while questioning if it will “allow the local councils to establish their own anti-corruption agencies to the exclusive of the state government.”

According to HEDA, Mr Sanwo-Olu’s move would divert the attention of federal anti-graft agencies from performing their constitutional duty.

It explained, “Rather than focusing on the substantive corruption cases, EFCC and other anti-graft agencies may now have to deal with resolving the legal battle of jurisdiction over the cases. This will frustrate the fight against corruption as many of the politicians will spend years enjoying and laundering proceeds of corruption, thereby making illegal wealth difficult to trace and perpetrators difficult to prosecute.”