Law enforcement agencies must be willing and committed in enforcing this law, especially as it sometimes involves highly placed individuals. 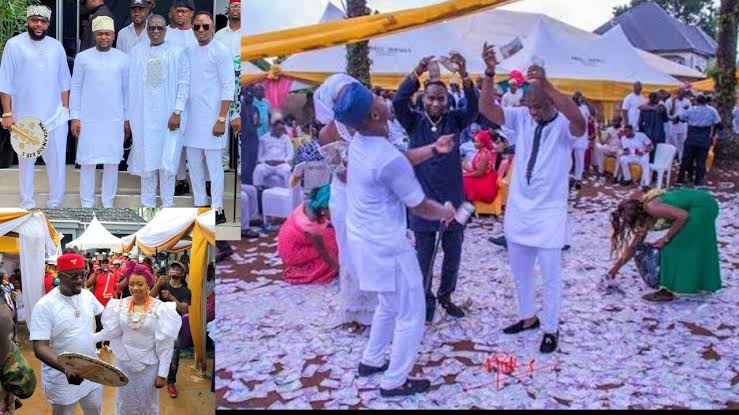 Experts have called on Nigeria’s security agencies to enforce the law prohibiting money-spraying at social gatherings in the country.

The experts said that the law enforcement agencies should be empowered to enforce the country’s anti-spraying law and prosecute naira abusers without fear or favour.

According to Section 21 of the CBN Act, 2007, a person who tampers with a coin or note issued by the apex bank risks imprisonment for a term not less than six months or a fine, not less than N50,000 or both.

The national coordinator of the Africa Poverty Alleviation Initiative, Okpanachi Jacob, described spraying money at social gatherings as currency abuse and a crime.

“The thing is that the Nigerian system is good with policy formulation but the problem we have is implementation.

There is a law already.

“I think the only set of people that can take care of this is the government agencies themselves.

They must be made to know that they need willingness and commitment to enforce this law, especially as it sometimes involves highly placed individuals,” Mr Jacob said.

Caroline Nuaga, project manager with the Centre for Humanitarian Dialogue, underscored the need to reintroduce civil education in schools’ curriculum to assist in inculcating morals in youths.

According to Mrs Nuaga, the issue of spraying money at social gatherings should be discouraged, adding that morals are increasingly being degraded.

“There is a need to reintroduce civil education in our school’s curriculum to give our youths the opportunity to grow and imbibe good morals,” she said.

A financial expert, John Okechukwu, said that there was the need for the apex bank to increase advocacy and sensitisation through its Clean Notes Policy.

Mr Okechukwu said CBN needed to improve the physical appearance and lifespan of the banknotes in circulation through a public awareness campaign on naira abuse and handling.

He added that the media campaign should focus on socialites, politicians and leaders who abused the naira at rallies and social events.

According to him, one of the objectives of the policy is to discourage the abuse of the naira and improve its lifespan beyond 24 months.

Commenting, Yinusa Ajadi said, “It is important for us to value our currency. If you throw currency all over and march it, you are showing less value for the currency.

“There is a civil way of giving out money in celebration and the best way to do that is to hand over money in a very tidy way so as to value the currency,” Mr Ajadi said.

A businessman, Obi Cubana, became a social media sensation with the ‘naira rainfall’ at the funeral of his mother in Oba, a town in Idemili South Local Government Area of Anambra State.

Several videos went viral that showed celebrities, business people and politicians spraying money indiscriminately during a concert held after the interment of the deceased.

In one of the videos, Obi Cubana was seen displaying his football skills while one of the personalities threw wads of cash at him.

A week after the show-stopping burial ceremony of his mother, the State Security Services (SSS) warned against an uncontrolled exhibition of flamboyant lifestyle and deliberate show of affluence, saying that it had the potency of attracting kidnappers, bandits and other criminals.