Prior to their extinction from India in 1952, cheetahs used to share space with other big cats like lions and tigers in the forests. 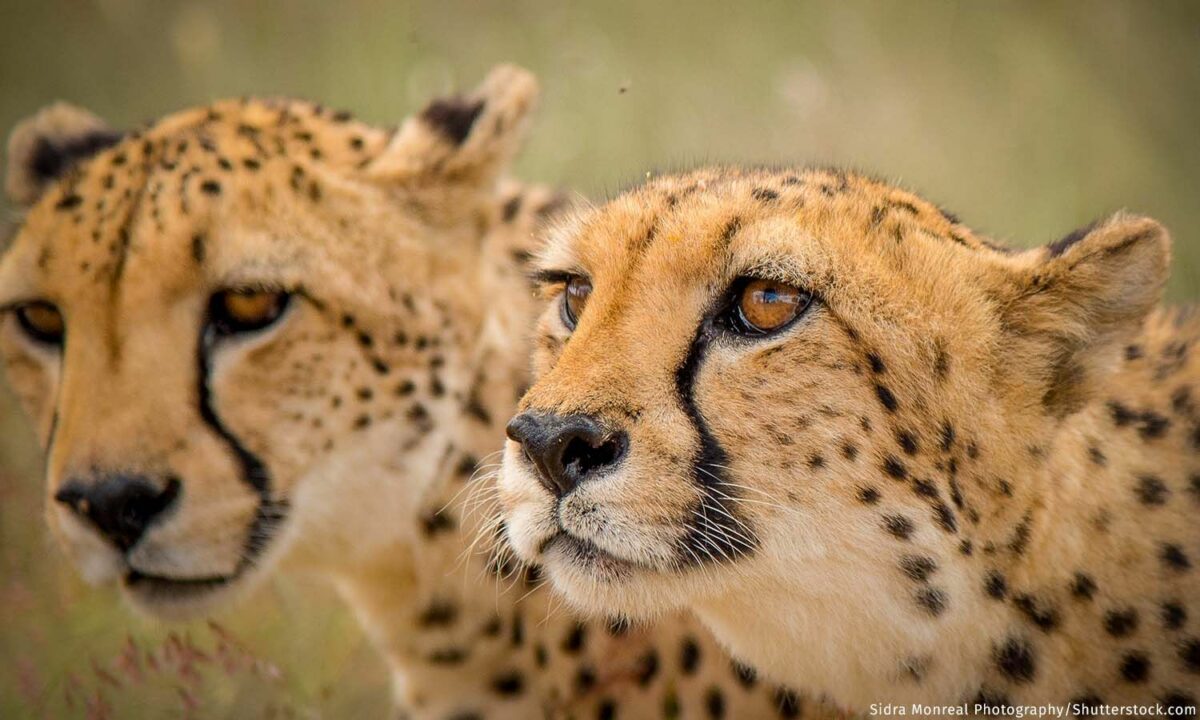 Decades after declaring cheetahs extinct from their Indian habitat, the Indian government last week formally reintroduced them from Namibia for the first time.

The aim was to revive their lost population and provide them with a suitable environment in India again.

Last week, eight cheetahs, five females and three males, were flown all the way from Windhoek in Namibia to the central Indian state of Madhya Pradesh in a customised cargo plane.

Upon their arrival at the state’s Gwalior airport, they were flown in a helicopter to Kuno National Park, their new home.

The felines were accompanied by biologists, wildlife experts and veterinarians during their transcontinental journey.

While the project appears quite challenging, the mission to revive the extinct species of cheetahs in India seems exciting at the same time.

The cheetahs were welcomed by Indian Prime Minister Narendra Modi, who released them to Kuno National Park from the enclosures.

Each cheetah was fitted with a satellite radio collar to monitor its location, and a dedicated team of volunteers to monitor their movements.

Prior to their extinction from India in 1952, cheetahs used to share space with other big cats like lions and tigers in the forests.

The Indian Prime Minister’s Office (PMO) described the reintroduction of cheetahs into India as historic.

It stated that their introduction would go a long way toward reviving open forest and grassland ecosystems in India.

The cheetah is the world’s fastest land animal, capable of running 113 kilometres an hour. At present, it is in 19 African countries and in Iran.

Officials said an additional 12 cheetahs are scheduled to come to India from South Africa this year to boost India’s cheetah population.

Parveen Kaswan, an Indian Forest Service officer, said the next 20 years would be challenging and exciting vis-a-vis the survival of cheetahs in India.

According to Kaswan, not only cheetahs but most of the charismatic animals were hunted in the old days by kings and the British.

“Until the Wildlife Protection Act 1972 was passed, it was very late. Cheetahs were already extinct from India,” he said.

“To have definitive opinions on whether they are good or bad ideas are not possible for at least 15 years.

“This is the average amount of time it takes for a species to adapt, rewild, breed and thrive well enough to become part of the new landscape to which they have been introduced,” writes Swati Thiyagarajan.

Thiyagarajan is a conservation journalist on the reintroduction of cheetahs in India.

“Experts on both sides, Indian and African, are involved in this reintroduction and the animals will be closely monitored.

“Every opportunity will be made possible for the success of the programme, but ultimately it comes down to the animals themselves.”

Kuno National Park is a sprawling sanctuary spread over a 289-square-mile area.

It has grasslands mixed in with forest cover and hilly terrain.

The prey available for the new cheetahs would be chitals, nilgai, sambar, wild pig, chinkara and others.