The NBS recently pegged multidimensional poverty in Sokoto as high as 91 per cent. 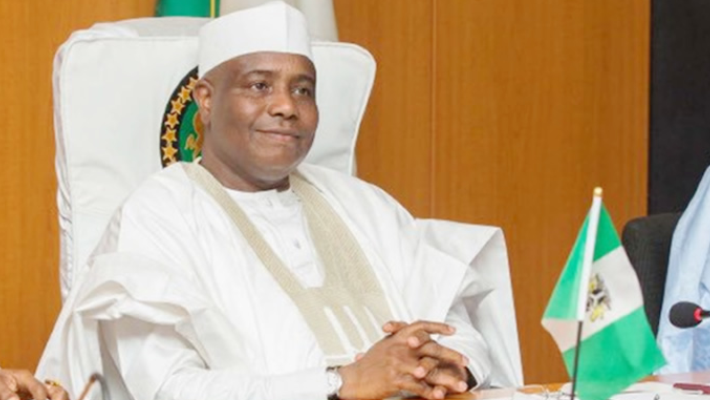 The Sokoto government has faulted the recent National Bureau of Statistics (NBS) ranking of the state as the poorest in the federation.

Arzika Bodinga, the Permanent Secretary in the Sokoto State Ministry of Budget and Economic Planning, expressed the displeasure at a one-day Workshop on Dissemination of 2021 Multiple Indicator Cluster Survey (MICS)/ National Immunization Coverage Survey (NICS) 2021 on Tuesday in Sokoto.

The NBS recently revealed that 133 million, about 63 per cent of Nigerians, are suffering from multidimensional poverty, with children constituting more than half of poor people in the country.

“We are pleading for more serious scrutiny on the figure, rankings. I dare the agency to come up with data of any person found dead on account of hunger along township streets including rural areas across the state.

“Go to the Specialist Hospital, Usmanu Danfodio University Teaching Hospital all in Sokoto and monitor how our people trooping in to donate blood.

“Welfare of citizens is not compatible to the related figure and we will continue to push for more positive results.

“We facilitated enactment of food and nutrition policies, the Conditional Cash Transfers Scheme, Water and Sanitation Health (WASH) facilities and many social protection policies,” he added.

The permanent secretary urged the relevant authorities to cross check their findings, shun political infiltrations, foul play and other short changes that might be subjunctive in the findings.

However, the Permanent Secretary Ministry of Women and Children Affairs, A’Isha Dantsoho, called for immediate action to reverse the situation.

Mrs Dantsoho said authorities needed to copy from other states how they go about handling their activities to overcome such challenges.

The presented documents, she said, would serve as a parameter to such surveys and other considerations to achieve results.

Mr Almustapha presented comparative results of Kebbi, Sokoto and Zamfara states, and led participants into discussion mostly centred on the need for officials to redouble efforts on implementation of policies.

The NBS in its 2022 Multidimensional Poverty Index (MPI) indicated that 86 million poor people live in the North while 47 million live in the South.

According to the report, poverty levels across states vary significantly, with the incidence of multidimensional poverty ranging from a low of 27 per cent in Ondo to a high of 91 per cent in Sokoto state.

A breakdown of the dimensions of poverty used for the MPI includes: nutrition, food insecurity, time to healthcare, school attendance, years of schooling and school lag.