The governors based their call for the shift of Nigeria’s presidency to the South on the need for equity and fairness after President Muhammadu Buhari has served out his eight tenure. 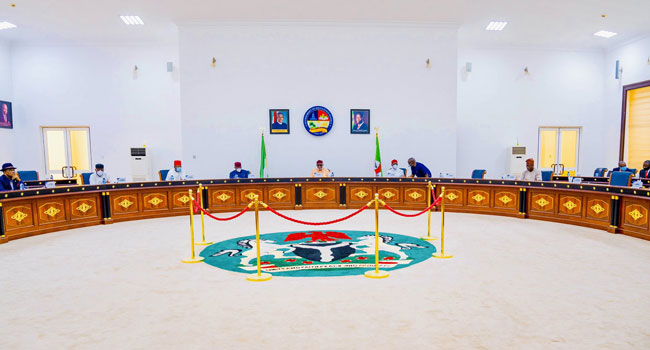 Governors from the southern states of Nigeria have demanded that the region produces the country’s next president.

The governors, irrespective of their different political parties gave their stand in a six-point communiqué issued after a meeting at Ikeja, the Lagos state capital on Monday.

The governors unanimously agreed that the presidency seat be alternated between the northern and southern region, adding that the next president must come from the South in the spirit of equity and fairness.

“The Forum reiterates its commitment to the politics of equity, fairness and unanimously agrees that the presidency of Nigeria be rotated between Southern and Northern Nigeria and resolved that the next president of Nigeria should emerge from the Southern Region,” the communiqué read in part.

The governor’s demand comes as the country gears up for the 2023 Presidential election and as agitation for a southern president continues to mount.

The two dominant political parties, the All Progressives Congress and the Peoples Democratic Party, fielded northern candidates in the 2019 presidential election.

However, political parties are yet to take definite decisions regarding zoning or how their primary elections will be conducted to ensure that their tickets are seeded to the south for the 2023.

The meeting comes after the maiden gathering was held in May at Asaba, Delta State.

The governors had in Asaba declared a ban on open grazing in their states, demanding that President Muhammadu Buhari address the nation on the overarching security challenges that has unforgivingly beset the country.