On herdsmen crisis, Mr. Akeredolu appealed that journalists had a duty, more than any other person, to carry news as they are. 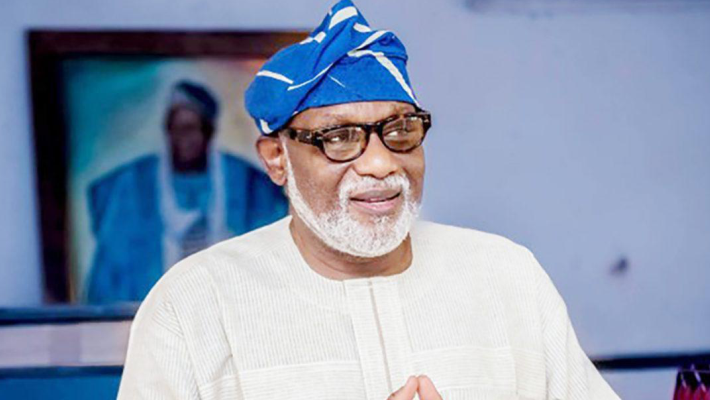 Governors from the SouthWest zone of the country and some first class rulers on Saturday okayed the decision of the National Economic Council (NEC) for each state in Nigeria to manage its forest.

The News Agency of Nigeria(NAN) reports that this took place at a closed-door meeting which was held at the executive chamber of the Oyo state governor’s office, Agodi in Ibadan.

Briefing newsmen at the end of the meeting, Gov. Rotimi Akeredolu of Ondo state, who also is the chairman, SouthWest Governors Forum, said that the governors and traditional rulers supported the decision of NEC about forest management.

“We believe that all the states should be in position to manage their forest and that will give the respective state governments power to determine who and who are in the forest and for what purpose.

“And where we have people that are illegally in the forest the state should be able to take some steps so that we can preserve the forest.

“So all of us, including the traditional rulers, supported the decision of NEC on forest management,” Mr. Akeredolu stated.

The Ondo state governor further said that they observed that the SouthWest states’ borders had become too porous and that they needed to do something urgently “to prevent foreign herdsmen coming into the country without any form of caution.

“We noted that a number of these foreign herders with their herds and cows are already in the country and what they do is something of concern to all of us and we believe our borders need to be tied.”

According to Akeredolu, the meeting also discussed the need for the government to support cattle breeding just as “we have been supporting other areas of farming.

“One of the areas we can support cattle breeding is to change the way and means cattle breeders are adopting now.

“This can be done by finding a designated area where cattle can graze, no need of trekking far with cattle but this issue of open grazing in this modern time must be looked at.”

He, therefore, called on the states  and federal government in particular, to look into areas of support as much as they could, for the cattle breeders.

He concluded with an appeal to the media on the need to assist the country in curbing the issue of fake news, saying journalists had a duty more than any other person, in carrying news as they are.

NAN reports that the meeting was to be attended by the Chief of Staff (CoS) to President Muhammadu Buhari, Ibrahim Gambari; Inspector-General of Police Mohammed Adamu and Director-General of the DSS Yusuf Bishi but they could not make the journey due to bad weather.

According to Akeredolu, the meeting was called by Mr. Gambari, but unfortunately, the CoS and the two security heads were at the Abuja airport for long “but had to cancel because the weather could not allow them to fly.

“They contacted us and apologised but because we were here already we felt we should discuss a few things.”