The interviews had been scheduled for 8:00 a.m. and many of the doctors had been arriving at the venue as of 5:30 a.m., a doctor said. 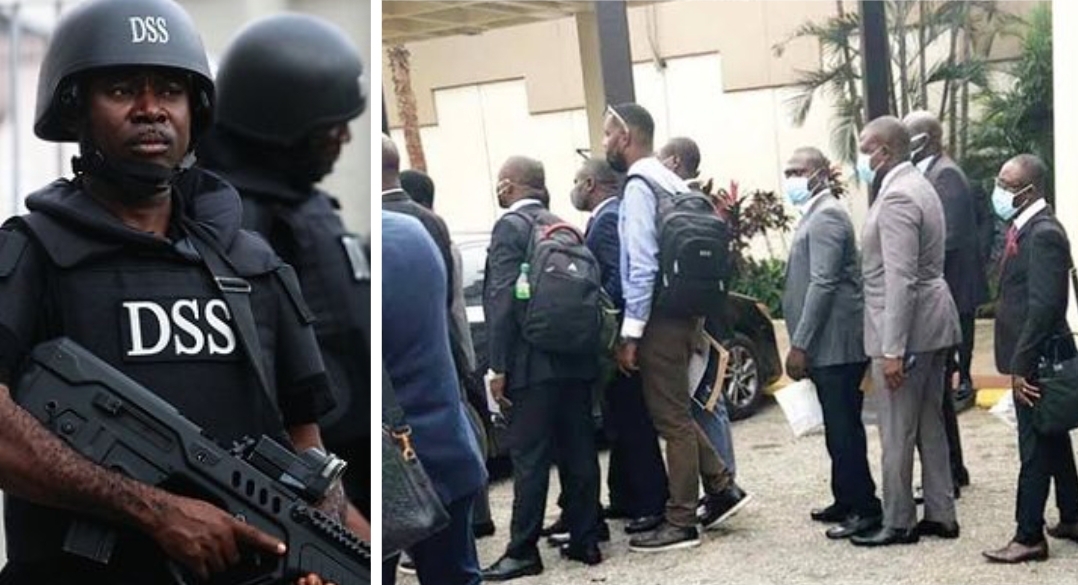 Armed operatives of the State Security Service on Thursday opened fire outside Sheraton Hotel in Abuja to disperse Nigerian doctors who were arriving for an interview for medical positions in Saudi Arabia, witnesses told Peoples Gazette.

At least one person was injured and had been moved to a hospital in Mabushi neighbourhood of the Nigerian capital, The Gazette learnt.

The secret police officers mounted a barricade outside the hotel to block people seeking to enter through Abacha Estate, according to one of the doctors who identified himself as Doctor Olubanjo in a telephone chat with The Gazette.

“The officers tried to block us from entering Sheraton but some of us insisted that we were on our way for an interview organised by the Saudi government,” Mr Olubanjo said. “But we were forcibly chased away when the officers started shooting into the air to disperse us with threats that they will kill us and no one would punish them.”

Mr Olubanjo said the organisers later told them the interview had been suspended but wondered why that became the case when a similar exercise held last week at a hotel in Lagos.

A spokesman for the SSS did not return a request seeking comments. A telephone line for Sheraton in Abuja did not connect on Friday morning.

Nigerian medical professionals have been on a desperate bid to leave the country following years of incessant strikes over low remuneration and generally poor welfare. They have been moving to Europe, Canada, Saudi Arabia and other countries where they hoped to get better training and practice.

It was not immediately clear why the SSS was sent to truncate yesterday’s interviews, which came barely a week after Nigerian labour minister Chris Ngige insisted that the country was not in short supply of medical doctors. The minister said the widespread claims of brain drain in the country’s medical sector was false and should be disregarded.