Some men in Lagos State have appealed to women to love their body irrespective of society’s view. 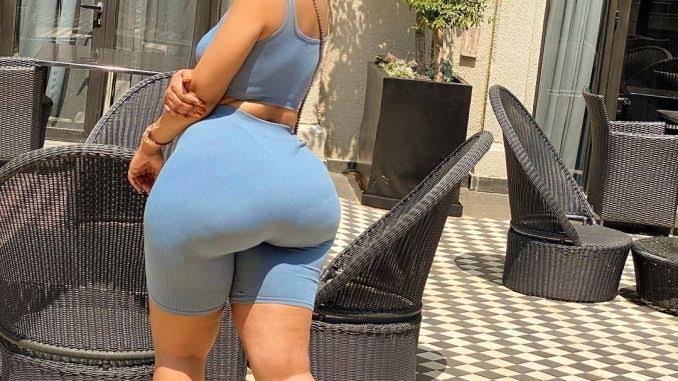 Against the rising wave of deaths during or after body enhancement procedures, some men in Lagos State have appealed to women to love their body irrespective of society’s view.

There was an uproar on social media, June 2, when a Port-Harcourt based lady, Christabel, was confirmed dead in a Lagos hospital from complications after cosmetic surgery, fuelling speculations it could have been a case of medical miscalculation.

Christabel’s friend alleged on Twitter, she complained of bleeding after the surgery but the doctor assured her it was a normal post-surgery symptom.

Segun Oluwanisola, a businessman, said nature had already made women desirable, he, however, appealed to them to build their self confidence and love themselves unapologetically.

“I know the world of social media has made it difficult for women to believe that real men do not particularly care about these things that much, for every woman, there’s a man praying to have her in his life.

“I can’t imagine needlessly piercing my body without going through surgery when I’m not ill, I love myself too much, even in surgery, chances are 50-50,” he said.

David Anjah, a drink mixologist, said, “getting body work done in a country like Nigeria, where cosmetic surgery is not well regulated is a death sentence.

“Even those who die due to obvious medical negligence, take for instance, fibroid surgery, they don’t get justice, how much more for a body enhancement.

“If you don’t love yourself, people who don’t give a damn about you will kill you and get away with it, there are lots of quacks out there. Real men don’t care about these superficial things.”

Ademola Alani, a fitness coach, said exercise could fix most of the body issues people complained about, but lack of discipline and consistency had made some body goals impossible to achieve.

“People want the easy way out, they don’t want to put in the work, there’s no part of our body that we can’t fix with workouts and a good diet plan.

“Look at Kate Henshaw, Kaffy Shafau, these women are consistent, make healthy life choices and stop making some quacks rich, they take your money and your life,” he said.

Chima Njoku, a civil servant, said that going abroad for surgery does not guarantee safe procedures.

“If you love yourself, you will flee from anything that can harm you, remember Stella Obasanjo did hers in Spain and we all know how it ended.

“If what you have in your head is low, trust me, your body, no matter how beautiful, is useless. Women should embrace their looks and be confident,” he said.

Latefah Bala, a fashion designer, said that social media and the use of filters had made it impossible for people to embrace their individual uniqueness.

“Social media and all sorts of filters have given people the false impression of what beauty is, there’s a standard these days, flat tummy, big ass and hips.

“Most women will say they do it for self confidence but I personally believe it’s to attract men. I may be wrong but a good percentage of them do it for men.

“These men have pot bellies and we even caress them like we do our babies, loving yourself is about accepting your flaws,” she said.

“Why eat and add to the point where you feel surgery is your only solution. We will never meet society’s standards and it will never make them less attractive to the right people,” she said.

Also reacting, actress Anita Joseph, took to her timeline to address ladies, telling them to stop seeking validation from other people and desist from getting intimidated by girls with large backside, rather, they should love their God-given body and work on their self esteem.

“Stop seeking validation from people that don’t really care about you, they won’t be there when the chips are down, build your positive self esteem, love yourself,” she said.

Nazo Ekezie, an actress, drummed her support for ladies who undertake the risks of liposuction to flaunt a perfect body.

She urged celebrities and other well meaning Nigerians to concentrate on demanding justice for the late lady, as well as making sure the surgeon is put behind bars instead of condemning the women who undergo plastic surgery.

”I am more worried about the careless and unqualified plastic surgeons getting away with murder in this country, because we are more focused on shamming people who want to change their bodies.

“People are dying, let’s focus on that,” she said.

Popular fashion designer and stylist, Toyin Lawani, of TiannahPlaceEmpire, opened up on the number of surgeries she had done.

Her explanation came after a fan called her out for claiming she had never done liposuction before.

”I love responding to such false accusations, because you can’t tell me what I have done or not done , or maybe I should just accept and lie to myself.

“Now, let me educate you all, I do this from time to time when I read such nonsense , see it’s kids nowadays that are getting tripped about surgery.

“My first surgery was done 16 years ago, I found out I had lumps in my breast which spread to my rib cage, which gave me severe pains.

“I had the operation in Dubai then at Emirates Hospital by Dr Ali Saab , my left breast was disfigured after and I opted for implants, some of us don’t do these things for beauty.

“My boobs were okay before it , now years after I had my son, I had a 360 lipo on my stomach ,which was done in Beverly Hills. See when you do 360 lipo from an experienced doctor, it will definitely bring out your curves more.

“Now after I had my son ,my body snapped back because I work out and use a lot of herbs ,I put in a lot of work ,now doctors will advise you to replace your breast implants every 10 years if you have  a lump situation like mine, which was the surgery I did after I had my son,” she said.