The Senate of the University of Benin has approved removing the N20,000 late registration fee that led to a two-day mass protest by students of the institution. 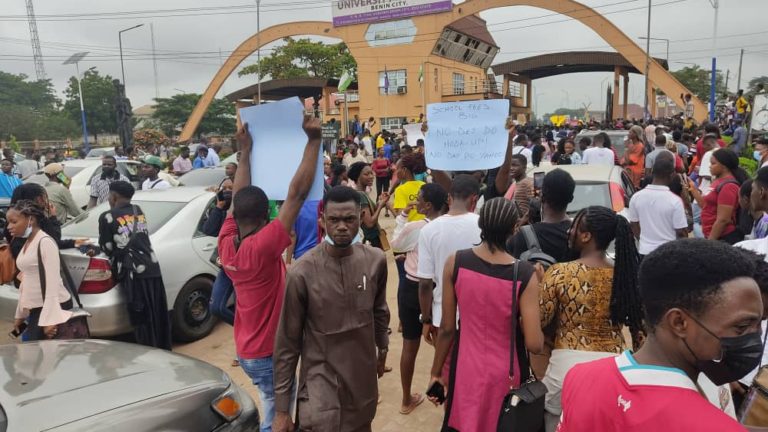 The Senate of the University of Benin has approved removing the N20,000 late registration fee that led to a two-day mass protest by students of the institution.

Ademola Bobola, the University’registrar, announced the removal in a statement issued on Thursday night in Benin.

The school was shut down on Wednesday following a protest against the fee.

Mr Bobola noted that the senate, at a virtual meeting, ratified the earlier verbal pronouncement by the vice-chancellor, Lilian Salami.

On Wednesday, Ms Salami was said to have verbally withdrawn the charge when the protesting students reportedly stormed her lodge and forced her to trek a long distance to the school’s main gate.

The registrar explained that the senate, at the second meeting within 24 hours, also approved the decision that money already paid by defaulting students be refunded via modalities to be worked out by the institution’s bursary department.

“Consequently, lectures are to resume on Monday, Sept. 20, to enable students who obeyed the directive on school closure and travelled to return,” said the statement. “The university’s decision-making body also agreed that a new timeline be set for the payment of the school charges for the 2020/2021 academic session. It also directed that the re-activation of charges for postgraduate programmes be sent to the board of postgraduate school for review.”

The institution’s senate also reiterated that penalty for late payment of school charges, which has been in existence for years, should not be set aside.

It, however, called for its modification.

According to the statement, the senate passed a vote of confidence in the university’s management and praised the vice-chancellor for her wisdom, courage, and magnanimity.