Suit seeking increased pay for judges to be heard June 28

The claimant alleges that the justices and judges currently earn about N3 million and below as their minimum monthly salaries which was last reviewed in 2008. 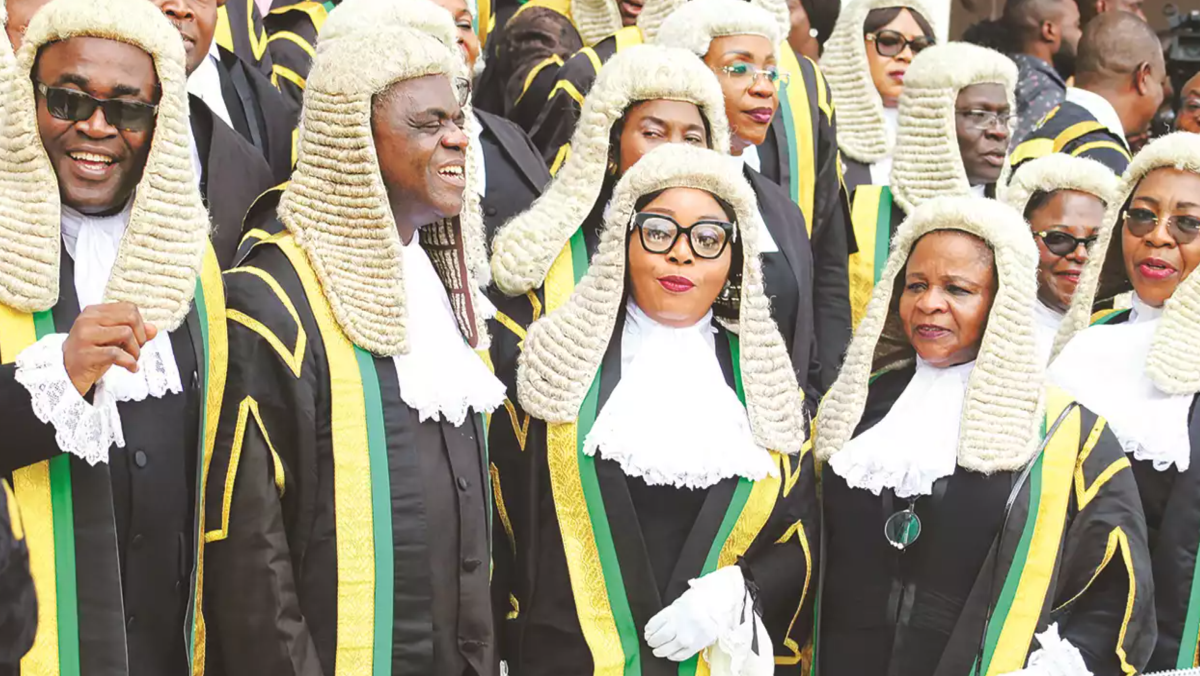 The National Industrial Court, on Wednesday fixed June 28 to hear a suit instituted by a senior advocate, Sebastien Tar, for the upward review of judges’ salaries.

Listed as defendants in the suit are the National Assembly (NASS); the Revenue Mobilisation Allocation and Fiscal Commission ( RMAFC); the Attorney-General of the Federation & Minister of Justice; and National Judicial Commission ( NJC), as the first, second, third and fourth defendants respectively.

The court presided by Justice Osatohanmwen Obaseki-Osaghae, fixed the date when the lead claimant’s counsel, Adegboyega Awomolo, SAN, informed the court that the matter was slated for report of settlement and hearing of the substantive suit.

Mr Awomolo further said that however, the defendants did not avail themselves of the opportunity for resolution of the matter.

“Amicable settlement has not been achieved as the AGF has filed a counter-affidavit and a notice of preliminary objection of mere technicalities.

“We as claimants have filed adequate replies to meet all the objections,” Mr Awomolo added.

In addition, he said they had filed further affidavits where the words of the AGF supported the cause of action.

Kunle Adegoke, SAN, counsel to NJC, on his part informed the court that he had just been briefed by NJC to represent and defend its action.

He further said that it had been difficult to put in the necessary processes, however, he knew the matter was of national significance and asked for a short adjournment to enable him file his processes.

Charles Yoila, the NASS Counsel, also told the court that he had made his presentation to the NASS’ relevant officers, but is yet to hear from them.

The judge at this point asked if the parties in the suit had met and if it was the NASS that instructed him to negotiate out of court settlement which informed the court about on the last adjourned date.

Mr Yoila responded that the parties had not formally met and that he acted on the first defendant’s directive for an out of court settlement.

“I met with the Secretary, Legal Services and the Director of Litigation of NASS on Tuesday and he said no decision has been made regarding the presentation I earlier made to them.

“When I met them, I was informed that they have the claimant’s number and that they were going to call him.

“I therefore ask for a short adjournment to enable me file my processes, not necessarily in opposition, but I will put in papers either in opposition or in support, depending on the instruction I get from NASS,” the counsel stated.

In his argument, Ekene Ilodinma, the third defendant’s counsel who had filed his counter-affidavit said he did so merely from a legal perspective and not that they were considering the welfare of judges.

He equally said that he was not opposing the application of the other defendants counsel for a short adjournment.

The second defendant, RMAFC however was not in court neither was it represented by a counsel.

Mr Awomolo in response submitted that he was conscious of the fundamental requirement of fair hearing for the defendants and craved the indulgence of the court for June 27, for hearing.

The judge therefore adjourned the matter until June 28 by 1:00 p.m. for hearing of the originating summons.

Mr Obaseki-Osaghae also directed the first and fourth defendants counsel to ensure and file their processes latest by Friday.

When the matter was mentioned on June 6, NASS had requested for an adjournment for parties to explore the possibility of settling the matter out of court.

The claimant on the said date had a team of 33 SANs led by Awomolo and 21 members of the outer bar led by Edward Erhinure.

Amongst the members of the outer bar present for the proceeding also, were Olumide Akpata, the president of the Nigerian Bar Association (NBA) and John Aikpokpo-Martins, the first vice president of NBA.

The suit as instituted by Mr Tar is seeking review of judges salaries.

He alleges in his statement of facts that the justices and judges currently earn about N3 million and below as their minimum monthly salaries which was last reviewed in 2008.

Earlier in the week, Peoples Gazette, in a series of reports, published the complaints of justices of the Supreme Court, including denial of rights, poor working conditions and  worrying decadence in the judiciary, against the Chief Justice of Nigeria, Ibrahim Tanko.