“We lacked the character, zeal to beat Ghana when it mattered most. The Ghanaians showed they wanted it more than our boys…” 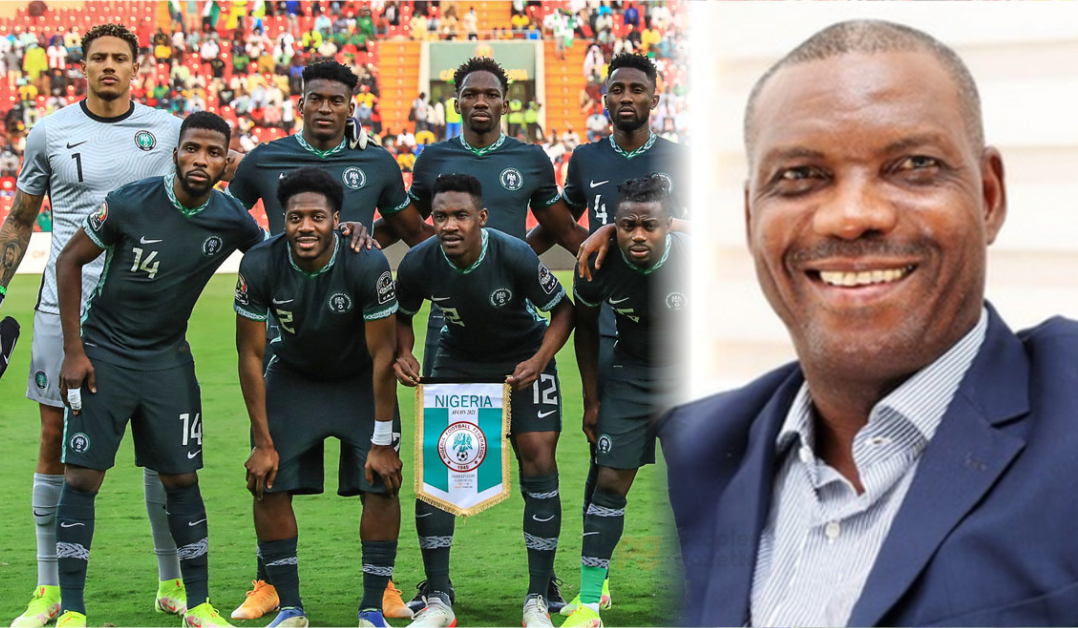 He accused them of showing no zeal to qualify for the competition in the deciding second-leg game against Ghana in Abuja.

“We lacked the character, zeal to beat Ghana when it mattered most. The Ghanaians showed they wanted it more than our boys, and that was why it ended that way. We didn’t do any of that. We did not fight or push enough for the winner, and how do you do that?” said Eguavoen. “It is with fast-paced football, creating chances, but that didn’t happen. In Kumasi, the Ghanaians were better, but in Abuja, the Eagles were the better side but could not win.”

Eguavoen was sacked alongside the rest of the Super Eagles’ technical crew after a 1-1 draw in Abuja against the Black Stars of Ghana condemned Nigeria to elimination via away goals, having drawn 0-0 away in Kumasi.

The sacked coach said he would be willing to serve Nigeria again, claiming to be one of the “good coaches” around.

“If there is still an opportunity for me, I will want to coach the Eagles again, but not at this moment, maybe later,” Eguavoen said during SuperSports’ Monday Night Football programme.

“If I’m called upon to lead the team again, I will definitely take up the job. I’m still one of the good coaches in the country,” he added. “I can still prove a point. It’s just a matter of time. No regrets (about) taking up the job. When you are called to serve the nation, I could not refuse them.”

Eguavoen also absolved himself of any failure in his duty to qualify Nigeria for the World Cup.

“The games between Ghana and Nigeria are always very difficult. If we had lost in Kumasi or Abuja, I would have regarded myself as a failure, but we lost on away goals,” he reasoned. “We didn’t lose the game, but we lost the ticket to qualify for the World Cup.”