The Supreme Court has struck out a suit brought before it by President Muhammadu Buhari and Abubakar Malami, challenging Section 84(12) of the Electoral Act. 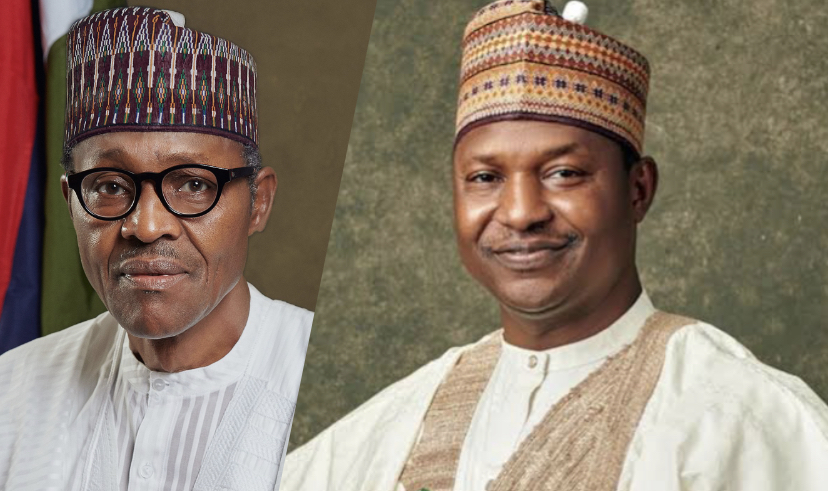 The Supreme Court has struck out a suit brought before it by President Muhammadu Buhari and the Attorney General of the Federation, Abubakar Malami, challenging Section 84(12) of the Electoral Act.

On Friday, the suit marked SC/CV/504/2022 and filed on April 29, 2022, was expunged by a seven-judge bench of the Supreme Court, led by Musa Dattijo-Muhammad, who unanimously struck out the suit, describing it as an abuse of court process.

In the judgment delivered by Justice Emmanuel Agim, the court ruled that Mr Buhari assented to the bill on February 25 2022, and could not turn around to challenge the same act.

The court held that allowing the suit would mean approbating and reprobating at the same time and no court of law would allow that.

The controversial Section 84 (12) of the legislation holds that “no political appointee at any level shall be a voting delegate or be voted option or congress of any political party for the purpose of the nomination of candidates for any election.”

Mssrs Buhari and Malami sought an order of the apex court to strike out the section of the Electoral Act, which they argued was inconsistent with the 1999 constitution (as amended).

The bill has faced wide condemnation with politically exposed individuals clamouring for the removal of the section.

In May, former President Goodluck Jonathan condemned Nigerian legislators at the National Assembly and recommended the removal of the controversial section