It is not immediately clear whether Mr Atiku was harmed during the attack. Members of his campaign did not return calls and messages inquiring about his safety. 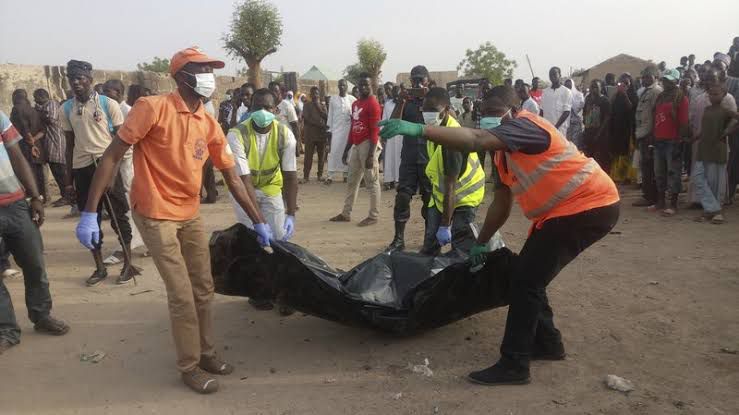 The former vice President was in the state for campaigns as part of the electioneering for the 2023 polls.

No fewer than 74 persons have been hospitalised after placard carrying members of the ruling All Progressives Congress (APC) struck the campaign convoy and vandalised many vehicles in Bulumkutu area of the state’s capital, witness reported.

It is not immediately clear whether Mr Atiku was harmed during the attack. Members of his campaign did not return calls and messages inquiring about his safety.

The attack comes weeks after a Borno APC chieftain and state lawmaker, Mohammed Gajiram, threatened that his party would kill as many people as it would take for the party to win the 2023 general election.

Wielding a group of ‘thugs’ armed with his hateful political incitements, the Islamic scholar threatened to forestall political events by opposition parties. Mr Gajiram says he will beat anyone who “dares come out, blue and black.”

“If they dare come out, there is no one as brave as them. Let them come out, we’ll beat them blue-black with sticks. Let them come and see, even the last time they came, it was because we weren’t in town, but now we’re back, let them come and meet us. If we do not deal with them, we’re not born lawfully,” he said last month.

No known law enforcement action has been taken despite Mr Gajiram’s comments directly endangering public order and breaking the electoral code. It validates the claim made by commentators that the APC will not be afraid to break the law and electoral regulations in order to perpetuate a victory for itself against popular mandate in 2023.