Mr Akappo said the man was on top of the pole when they restored electricity to the pole and other areas. 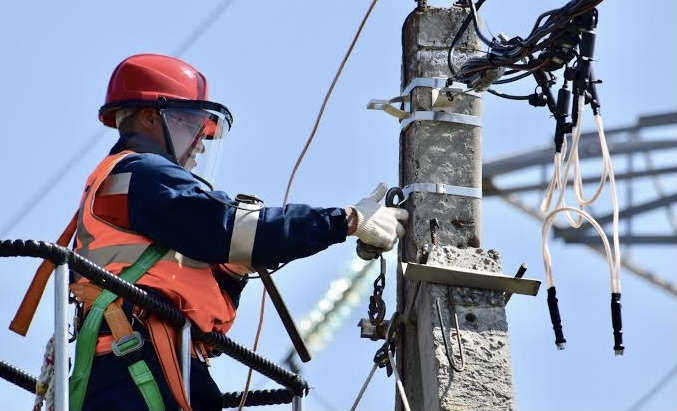 Debo Guntoye, a middle-aged man suspected to be a staff of Eko Electricity Distribution Company (EKEDC), has survived electrocution while connecting some houses to the pole in Sowhe quarters along General Hospital road Badagry.

Benjamin Akappo, a resident of the area, told journalists that Mr Guntoye arrived with a ladder around 8:00 a.m. to reconnect some houses in the area.

Mr Akappo said the man was on top of the pole when they restored electricity to the pole and other areas.

“He was immediately affected and was shaking on top of the pole.

“The people around the area quickly clamped the ladder when the supply was off and brought him down from the pole.

“When they observed that he was unconscious with bruises all over his body, they quickly rushed him to General Hospital in Badagry for treatment,” he said.

NAN correspondent who monitored the situation reports that Mr Guntoye was admitted into the hospital’s emergency unit, where he is responding to treatment.