“The sentence requires him to clean the toilets at Ataoja School of Science, Osogbo, Osun State,” according to an EFCC statement. 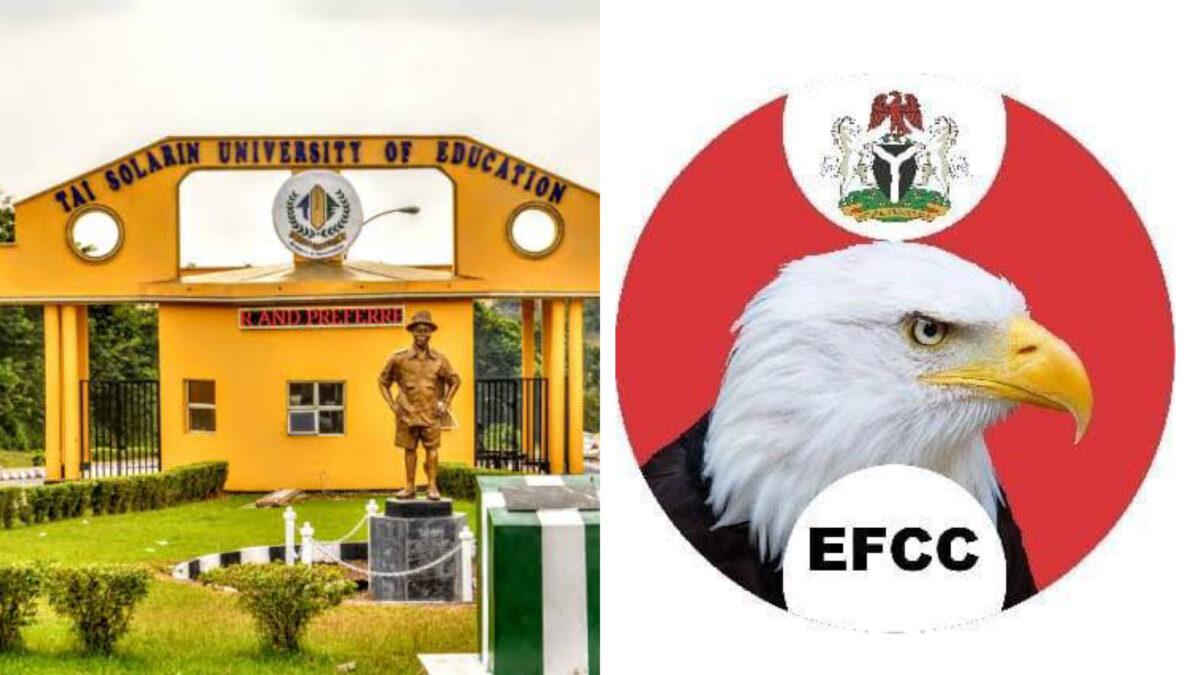 Tai Solarin University and EFCC used to illustrate the story

The Economic Financial Crimes Commission (EFCC) disclosed this in a statement on Tuesday upon securing the convictions of Mr Oluwasegunfunmi and four others.

“The sentence requires him to clean the toilets at Ataoja School of Science, Osogbo, Osun State,” the statement reads in part.

The EFCC secured conviction of the five students before the Federal and State High Courts in Ibadan, Oyo State and Osogbo, Osun State respectively on Monday.