The minister called on all Nigerians to support the troops and to continue to remember them in their prayers. 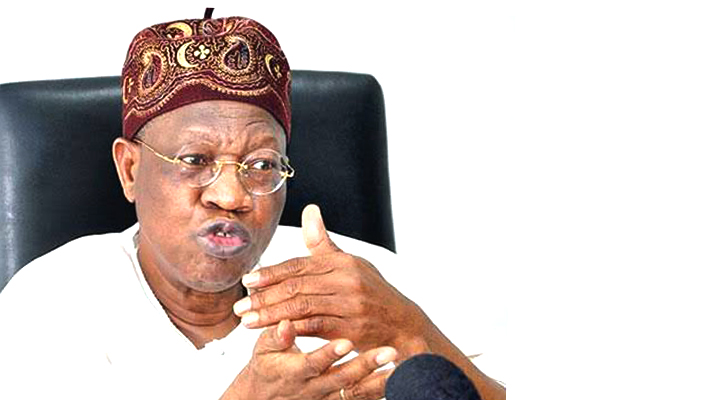 The Federal Government has taken a swipe at some Nigerians who are gloating over the disappearance of Nigeria Air Force (NAF) fighter jet in Borno on March 31, tagging them “unpatriotic.’’

The Minister of Information and Culture, Lai Mohammed, at a media briefing on Tuesday in Abuja, admonished those that were celebrating the incidence and called for support for the military.

“I have read, especially on social media, some dead-enders who are gloating at the disappearance of the NAF aircraft.

“This is abhorrent and condemnable, and couldn’t have come from true-born Nigerians.

“No patriotic citizen will denigrate his or her country’s military for fighting to protect the nation’s territorial integrity and ensuring peace and security. None,’’ Mr Mohammed said.

The minister called on all Nigerians to support the troops and to continue to remember them in their prayers.

He said the incidence of the missing fighter jet was a confirmation of the sacrifices the military were making for the country.

“While we await word from the Air Force on the ongoing search and rescue efforts, this development has once again accentuated the huge sacrifices being made by our men and women in uniform to keep our country safe and to make sure we sleep well at night

“Every day, these valiant men and women put their lives on the line, in the ultimate act of sacrifice and patriotism, for the sake of our nation.

“When they leave their homes, there is no guarantee they will return.

“Yet, they soldier on! This is one of the reasons why we launched a national campaign to seek support for our military and other security agencies in February 2019,’’ he said.

Mr Mohammed, on behalf of the Government, condoled with the NAF on the disappearance of the fighter jet involved in the war against insurgency.

NAF had reported the fighter jet lost contact in Borno state while on a mission to support ground troops.

The Boko Haram terrorists had released a video purporting they shot down the jet.

The Airforce had, however, refuted the claim by the terrorists contending that the video was doctored

Air Force Spokesman Air Commodore Edward Gabkwet had said in a statement that the Alpha-Jet lost contact with radar in Borno “while on interdiction mission in support of ground troops.”

He said the plane which had two crew members might have crashed, adding that search and rescue efforts are ongoing.

“At this point, the NAF is not ruling out anything regarding the incident. It however remains hopeful that the crew would soon be found and rescued,” it said in a statement.