One of the suspects said that he was hired as a labourer to produce the fertiliser as he was unemployed. 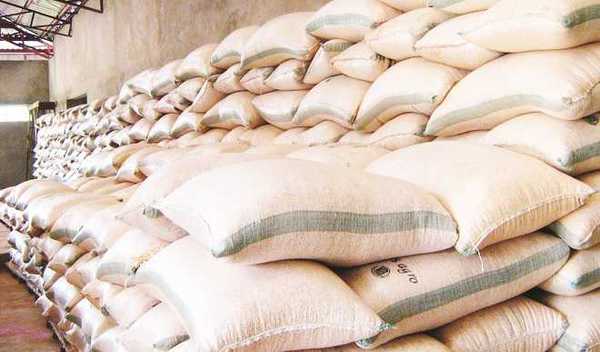 Bags of fertiliser used to illustrate the story

The commandant of the Nigeria Security and Civil Defence Corps in the state, Lucy Samu, said that they were arrested at two locations in Abakaliki, following a tip-off.

While parading the suspects (names withheld), Ms Samu, represented by the command’s spokesman, Paul Odimba, said the suspects were caught adulterating fertilisers behind the Third-Lot of the state’s international market, Azugwu.

“The command will conduct a thorough investigation into this serious economic sabotage and duly prosecute the suspects,” she said.

The director-general of the Ebonyi State Fertiliser and Chemical Company, Ogbonnia Chukwu, said that such an act contravened the National Fertiliser quality Act of 2019.

Mr Chukwu described fertiliser adulteration as a national malaise and urged relevant stakeholders to intensify efforts in combating such an act.

“Adulterated fertilisers are sold to farmers at cheap rates and such produces low yield,” he said.

One of the suspects said that he was hired as a labourer to produce the fertiliser as he was unemployed.