Godbless broke the national U-20 record, which was set by Joan Uduak Ekah in 1999. 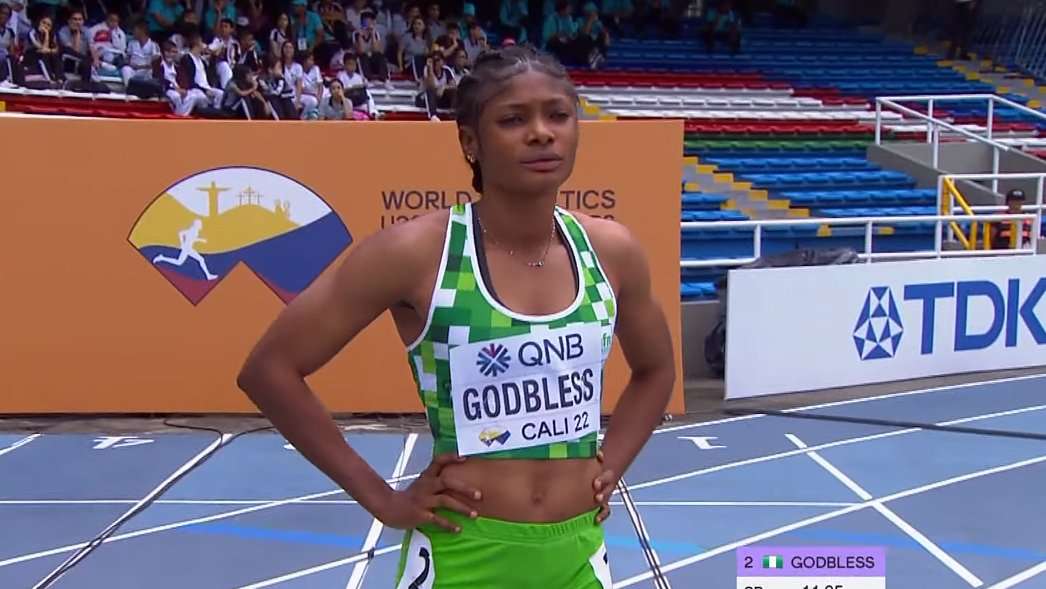 Nigerian sprinter Tima Godbless raced to a personal best and a national juniors record of 11.08s in the fourth heat of the women’s 100m event at the ongoing World U-20 Athletics Championship in Cali, Colombia.

Godbless broke the national record, which was set by Joan Uduak Ekah in 1999 by just a millisecond, a time that was enough for her to finish fastest across all seven heat races.

Godbless is one of nineteen home-based athletes representing Nigeria at the tournament.