Before and after winning the APC presidential ticket, Mr Tinubu has been on a donation spree, in what many consider as part of his strategy to winning the 2023 election. 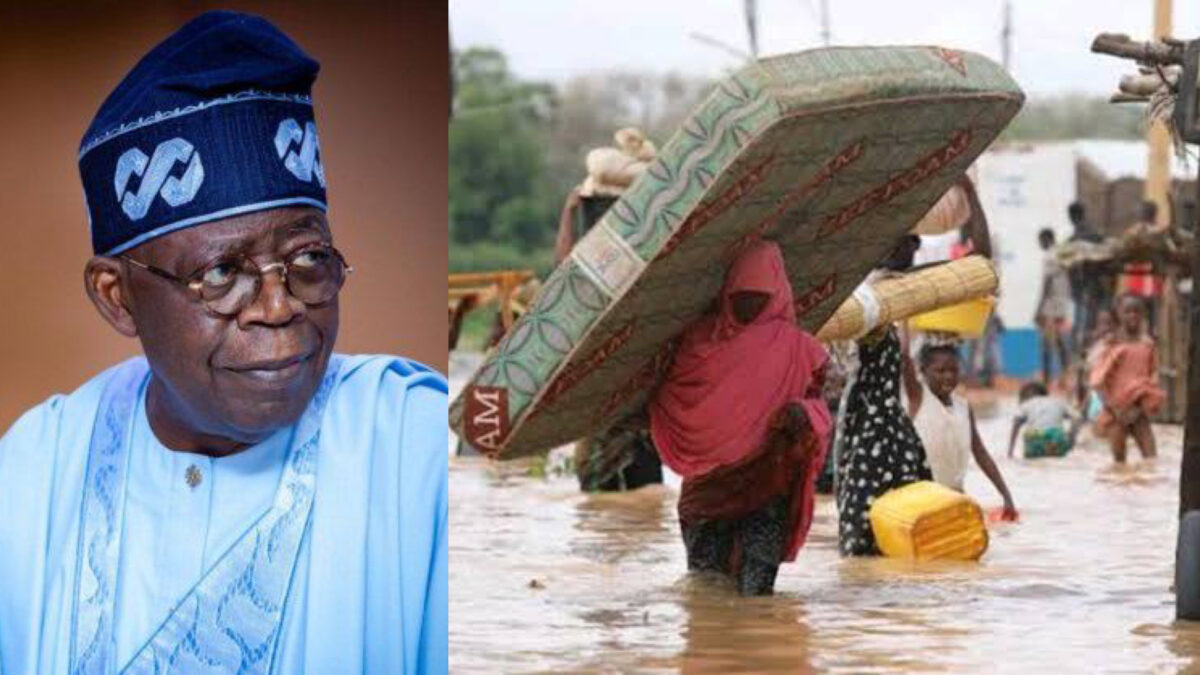 Bola Tinubu and flood victims used to illustrate the story

The All Progressive Congress (APC) presidential candidate in the 2023 polls, Bola Tinubu, has donated N50 million to flood victims in Jigawa.

Mr Tinubu announced the donation shortly after commiserating with Governor Muhammad Badaru in Dutse on Tuesday.

The presidential candidate also called for prayers to end flood disasters in the country.

“Even though I have offered my prayers to the victims through your governor, I felt coming in person to commiserate with you is important,” Mr Tinubu said.

He was accompanied on the visit by Governor Simon Lalong of Plateau State, APC national chairman, Abdullahi Adamu, APC national Women Leader, Betta Edu and ex-chairman of EFCC, Nuhu Ribadu, among others.

Mr Badaru, who received the presidential candidate, said that his visit had brought succour to the flood victims.

“Tinubu had earlier called and commiserated with me when the first flood was recorded in Kafin-Hausa, he again called when it happened in Hadejia, Gumel and Malammadori.

“And today, he decided to come in person in spite of his tight commitments to commiserate with our people over the recent tragic incidents of the flood,” Mr Badaru said.

Before and after winning the APC presidential ticket, Mr Tinubu has been on a donation spree, in what many consider as part of his strategy to winning the 2023 election.

About three months before the APC presidential primary in June, Mr Tinubu donated N50 million to the victims of the Katsina Central Market inferno.

This particular donation by Mr Tinubu was considered politically motivated philanthropy as there’s no record of him so far making any donation to victims of the dozens of market fire mishaps in his Lagos base in the recent past.