“Before I go on, I have made a very big error. I have left out the presidential candidate of our great party, the APC, Asiwaju Bola Ahmed Tinubu,” Mr Osinbajo said. 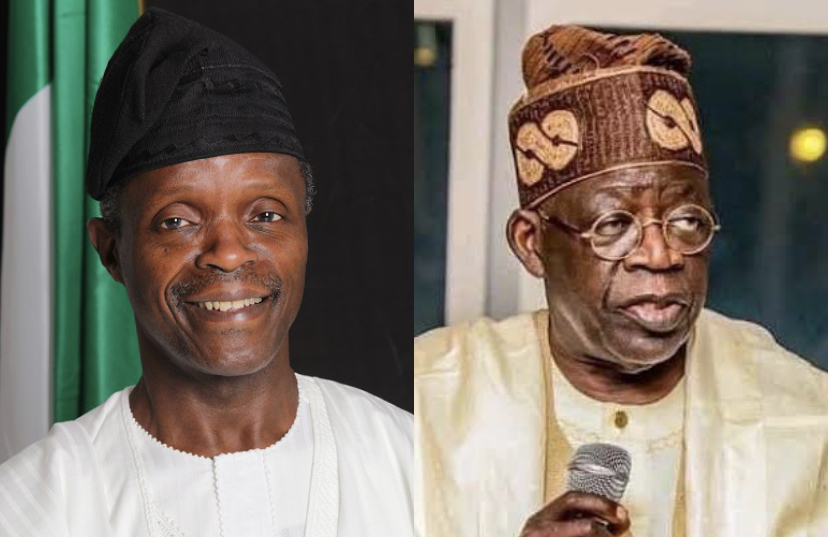 It was at the funeral of the Governor Oluwarotimi Akeredolu’s mother held on Saturday at St Andrew’s Anglican Church in Owo, Ondo State.

“Before I go on, I have made a very big error. I have left out the presidential candidate of our great party, the APC, Asiwaju Bola Ahmed Tinubu,” Mr Osinbajo said.

The vice president further stirred the crowd when he called Mr Tinubu, ‘Emilokan’, a moniker that has stuck with the latter since his infamous outburst in Abeokuta, Ogun State last May, when he angrily declared in his native Yoruba language that it was his turn to become Nigeria’s president having helped President Muhammadu Buhari and several other who were then not supportive of his push to secure the ruling party’s presidential ticket.

In June, Mr Osinbajo contested against Mr Tinubu in the APC primaries despite calls for him to step down for the former Lagos governor under whom he served as Commissioner for Justice and Attorney General in Lagos.

The duo have not enjoyed the best of camaraderie in the aftermath of the primary.

Mr Tinubu, in October said he no longer held grudges against Mr Osinbajo. The vice president has however stayed away from Mr Tinubu’s campaign despite remaining in the same party.