Tinubu will become Asiwaju and Jagaban of Nigeria in 2023: Kingibe

Mr Kingibe is infamous for abandoning MKO Abiola following the latter’s incarceration by Gen. Sani Abacha and went ahead to join the military junta as a foreign affairs minister. 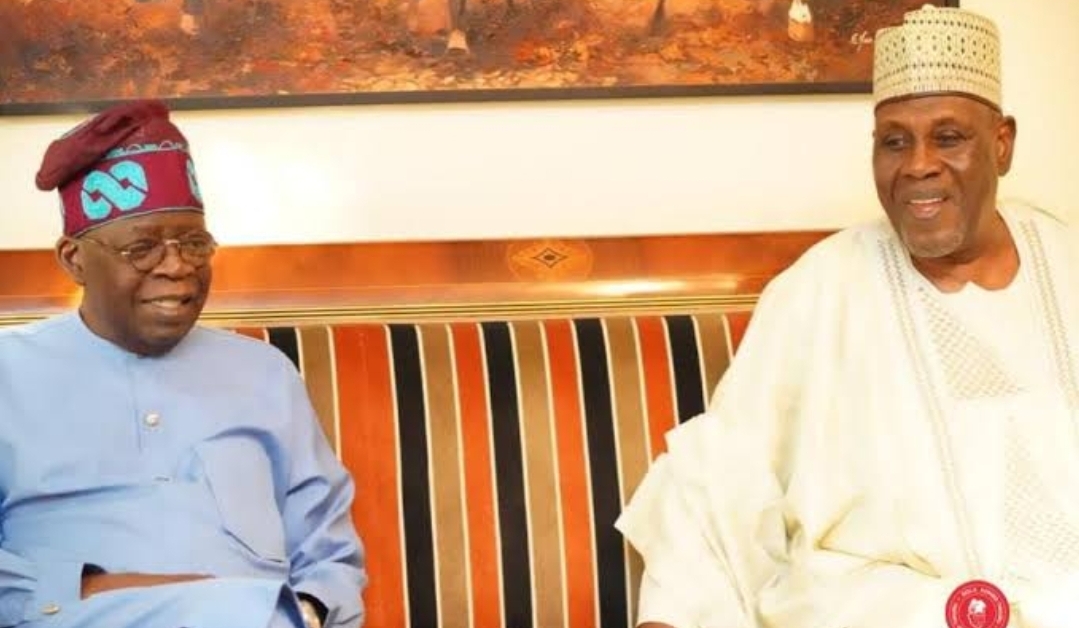 According to Mr Kingibe, Mr Tinubu will transmute from Jagaban of Borgu (in Niger) to “Jagaban of Nigeria.” He also declared that the former Lagos governor would become “Asiwaju of Nigeria” from Asiwaju of Lagos.

Matching his words in the Yoruba language in a video seen by Peoples Gazette on social media, the former secretary to government of the federation said, “Eyin lo kan (you are the next).”

“You will move from Jagaban of Borgu to Jagaban of Nigeria; from Asiwaju of Lagos to Asiwaju of Nigeria,” Mr Kingibe declared while playing host to Mr Tinubu recently. “For all your sacrifices, for all your effort, God will reward you this time.”

Before the APC presidential primary election, Mr Tinubu insisted while addressing Ogun delegates that it was his turn to become Nigeria’s president.

Mr Tinubu is APC presidential candidate for the 2023 general elections after winning the party’s ticket on June 8.

After the APC presidential primary, the former Lagos governor has been consulting with APC chieftains to seek their support ahead of the 2023 presidential election and to choose a running mate.

Mr Kingibe is infamous for abandoning MKO Abiola following the latter’s incarceration by Gen. Sani Abacha and went ahead to join the military junta as a foreign affairs minister.

Then-President Umaru Yar’Adua later appointed him as secretary to government of the federation.