The 39-year-old Ogun indigene had a best lift of 107kg to rank first and win the competition’s gold medal. 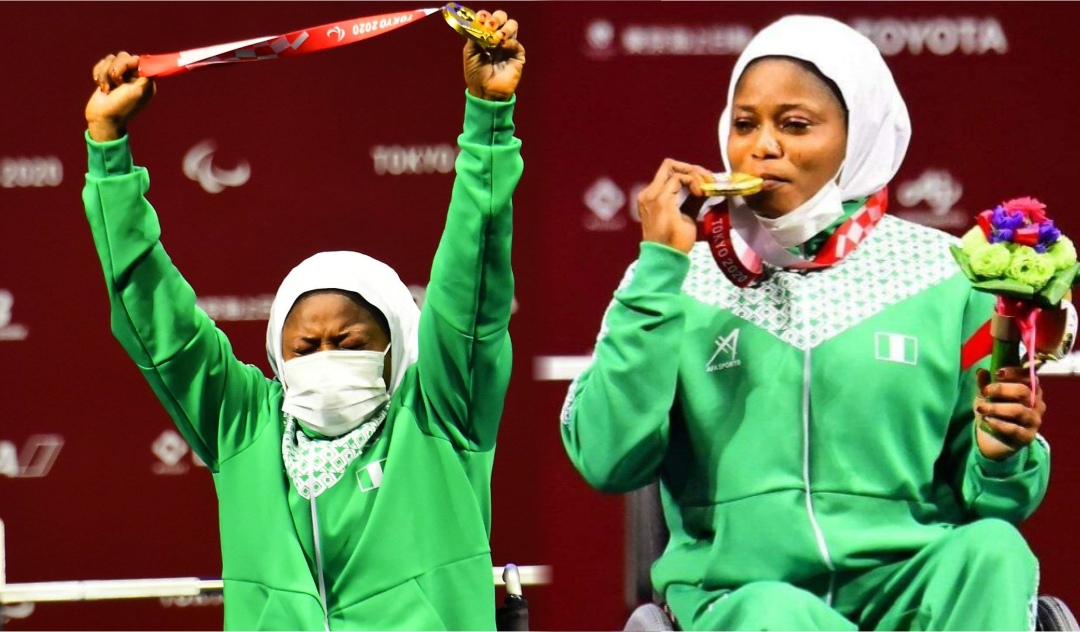 Latifat Tijani put Team Nigeria on the medals table at the ongoing 2020 Paralympic Games in Tokyo on Thursday by winning the women’s 45kg event of the powerlifting competition.

The 39-year-old Ogun indigene had a best lift of 107kg to rank first and win the competition’s gold medal at the Tokyo International Forum.

Tijani failed her first attempt at 105kg, but went on to lift it at the second attempt.

She went on to lift 107kg in the third attempt, which was just one kg short of the Paralympic record set by Hu Dandan of China at the Rio Games.

In her fourth attempt, she tried unsuccessfully to lift 117kg which would have taken her closer to the world record of 118kg set by Guo Lingling.

It was set at the world championships on July 13, 2019 in Nur-Sultan, Kazakhstan.

The result was an improvement for Tijani, whose impairment is as a result of the effects of polio, after she finished second at the Rio Games with a lift of 106kg.

Following Tijani in the competition was China’s Cui Zhe who lifted 102kg for the silver medal.

Poland’s Justyna Kozdryk won the bronze medal with a lift of 101kg.