Observers have feared a low turnout amid concerns about people being infected with the coronavirus. Pix: A poll booth or voters at the Italian referendum 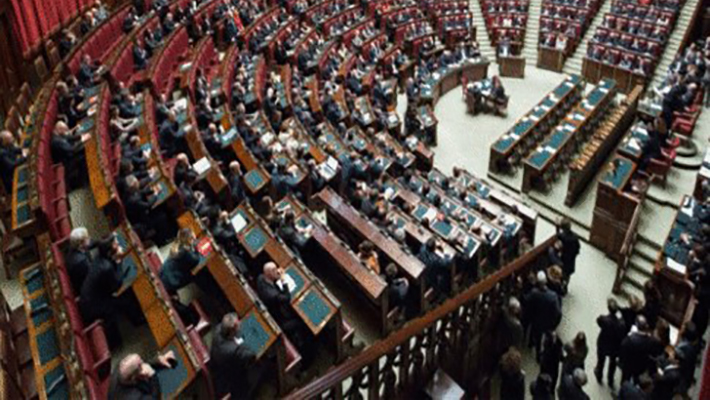 Polls opened in Italy on Sunday as the country votes in a two-day constitutional referendum over the size of parliament, but turnout has been low partly because some people are worried about contracting COVID-19.

Voting is also on in local elections expected to favour the right-wing national opposition bloc.

Some 51.6 million people are eligible to vote in the referendum on reducing the number of lawmakers in Italy’s two chambers by roughly one third.

By Sunday evening, voter turnout had reached only 30% in the four of the seven regions for which figures were available, according to the interior ministry. Observers have feared a low turnout amid concerns about people being infected with the coronavirus.

No minimum turnout is needed for the vote to be valid, amid expectations that the reform will be approved.

Elections are also taking place in seven regions and just under 1,000 cities, including Venice in the north and Reggio Calabria in the south.

The main national government parties – the anti-establishment Five Star Movement (M5S) and the centre-left Democratic Party (PD) – have been bracing for a poor showing.

The national opposition, led by Matteo Salvini of the far-right League, is expecting to win in at least three regions, including Veneto and Liguria in the north.

The PD is confident of victory only in Campania, the region around Naples, and is desperate to avoid defeat in Tuscany, a former leftist stronghold where a League candidate could achieve a historic win.

The M5S has no strong candidates but is likely to console itself with a referendum win. It considers reducing the size of parliament part of its quest to end perks and privileges for politicians.

Critics of the constitutional reform say it produces minimal cost savings and risks undermining the democratic system by weakening the authority of parliament.

A defeat for the government parties is unlikely to topple Prime Minister Giuseppe Conte, as the PD and M5S have strong incentives to try to hold on to national power together.

One is the prospect of managing more than €200 billion ($238 billion) in loans and grants from the European Union due to arrive from 2021 as part of the bloc’s post-coronavirus recovery fund.

Another is the opportunity to influence the parliamentary election of the next Italian president, due in January 2022, and avoid snap national polls, which the PD and M5S would likely lose.

Pandemic-era restrictions are still in place across all polling stations, many of which are located in school buildings.

Voters currently in self-isolation due to the coronavirus can vote from home if they submit an application on a one-off basis. (NAN)