The championships drew participants from Nigeria, Cameroon, Ghana and Togo, ahead of the major tournament slated for July. 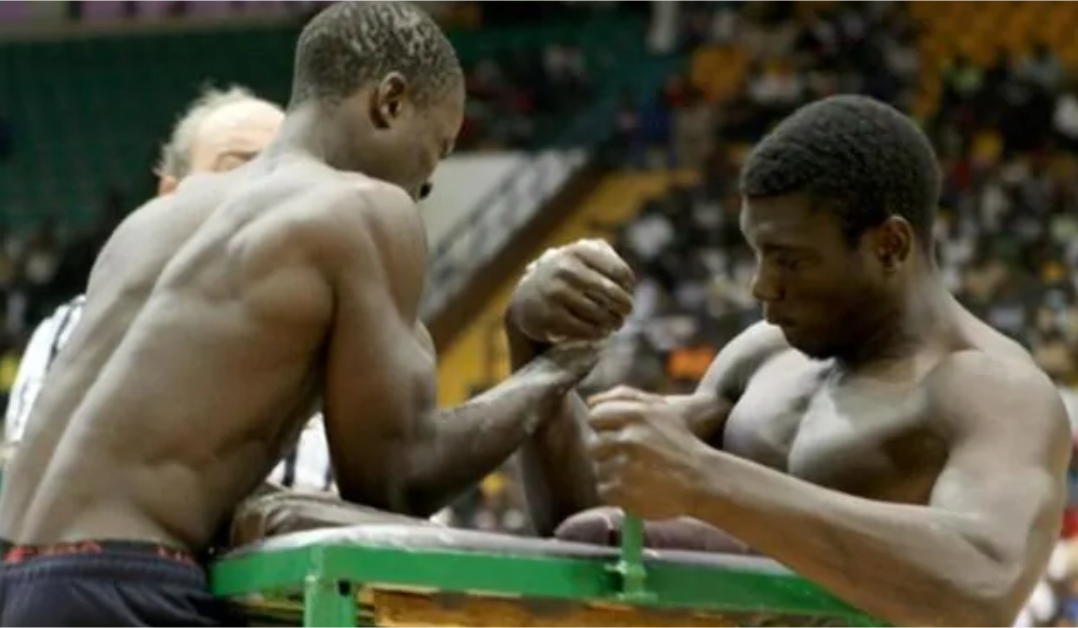 The championships, which drew participants from Nigeria, Cameroon, Ghana and Togo, was also a prelude to the major tournament, slated for July.

President of Nigeria Arm Wrestling Federation, Samuel Jackson, told the News Agency of Nigeria (NAN) that the event was aimed at preparing athletes for the major championship coming up in July.

Jackson said that since the COVID-19 pandemic lockdown, the federation was just having its first championship, to the delight of all passionate fans and arm wrestlers.

“This is a unique opportunity for us to once again come together as a federation, and we are so happy to organise the championships.

“We have participants from Cameroon, Ghana, Togo and other parts of Nigeria.

“We are also looking forward to the bigger one coming up between July 19 and July 27, which is the African Championships, in Lagos.

“We are, therefore, using this opportunity to scout and prepare for credible arm wrestlers who can compete with top athletes from other parts of Africa,” he said.

Jackson said that the federation was doing its best to be recognised by the Federal Ministry of Sports, having been on the field, selflessly steering the ship in the last 10 years.

He said the federation hopes to feature as a non-scoring sport at the National Sports Festival coming up in Asaba later in the year.