The court ordered Mr Buhari to produce all documents that authorised Mr Wabote to operate foreign bank accounts against provisions of the Nigerian constitution. 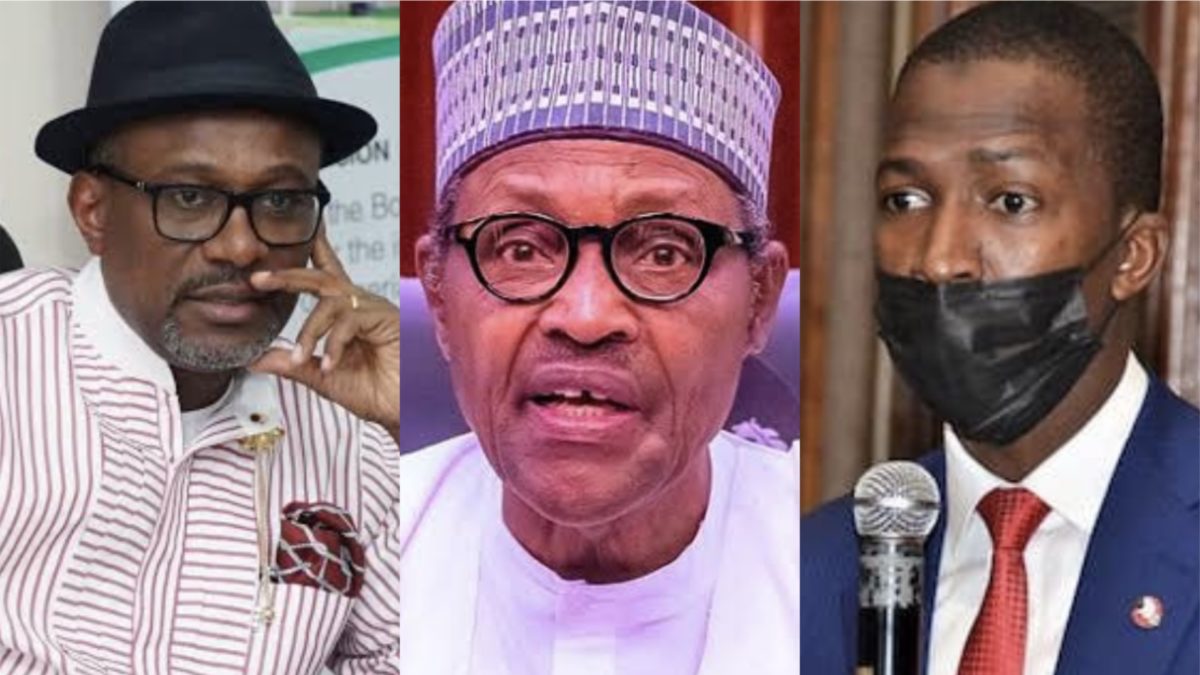 A composite of Simbi Wabote, Muhammadu Buhari and Abdulrasheed Bawa used to illustrate the story

The United States District Court for the Eastern District of Pennsylvania has ordered President Muhammadu Buhari to produce documents in the ongoing defamation case between the Nigerian Content Development and Monitoring Board executive secretary, Simbi Wabote, and the U.S.-based Nigerian journalist Jackson Ude.

In a court document seen by Peoples Gazette on Tuesday, the court ordered Mr Buhari to produce all documents that authorised Mr Wabote to operate foreign bank accounts against provisions of the Nigerian constitution.

The constitution bars public officeholders, including the president, from operating or maintaining foreign bank accounts.

It also asked authorities of NCDMB to produce before it all documents relating to every and all bank accounts information of the NCDMB from January 1, 2018, to date.

The order was extended to EFCC chairman Abdulrasheed Bawa, the Attorney General of the Federation and Minister of Justice, Abubakar Malami and Secretary to the Government of the Federation, Boss Mustapha.

Mr Wabote had earlier sued the journalist in a U.S. court for character defamation. He claimed that Mr Ude defamed his character in an online publication on Pointblanknews.com, where the journalist accused him of financially compromising his position and abusing the privileges of his office as the NCDMB boss as Nigeria prepared to launch the Liquefied Natural Gas Train 7.

However, Mr Ude’s attorney prayed the court to ask Mr Buhari to present documents explaining if and why he allowed Mr Wabote to operate foreign bank accounts against provisions of the country’s constitution.