The former vice president to Donald Trump has sought to maintain a graveyard silence over what transpired on the day in question. 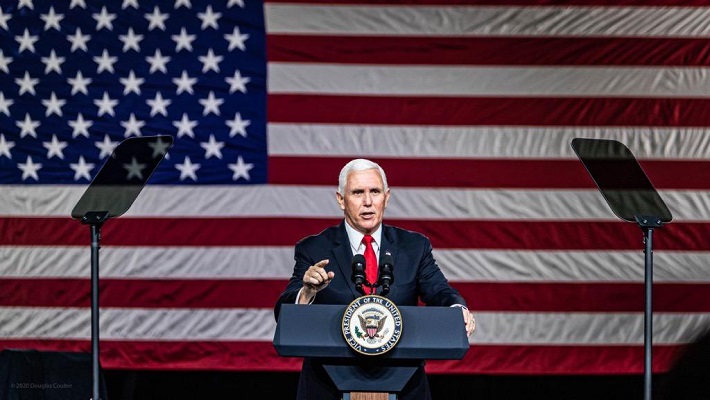 The United States Department of Justice is seeking to question former vice president Mike Pence over the abrupt turn of events that sparked the violence of January 6, as former president Donald Trump fought to retain authority over his replacement, Joe Biden.

The New York Times quoted sources familiar with the situation as saying that Mr Pence was giving the justice department’s request significant thought as opposed to the previous quiet he had maintained when questioned by the White House inquiry.

The DOJ believe Mr Pence can provide information crucial to bridging the gap in the hours before the violence erupted, especially after witnesses in the Oval Office asserted Mr Trump had  tongue-lashed Mr Pence over the telephone in an effort to gain his cooperation to block certification of the Electoral College results that affirmed Mr Biden as the winner.

Mr Pence has yet to disclose the details of the call said to be received around 11:20 a.m. on the said date as is his manner in not divulging contents of his conversation with his principal.

Although Mr Pence himself did not honour a White House invitation seeking to investigate the matter, his top aides, chief of staff Marc Short and chief counsel Greg Jacob have testified before a grand jury, asserting they assisted the former vice president in resisting Mr Trump’s push.

“Thomas Windom, one of the lead investigators examining the efforts to overturn the election, reached out to Mr. Pence’s team in the weeks before Attorney General Merrick B. Garland appointed a special counsel on Friday to oversee the Jan. 6 investigation,” the New York Times reported.

Mr Garland has, however, assured that the appointment of special counsel Jack Smith will not slow or affect the investigation into Mr Trump’s involvement in the Capitol riot and his handling of classified documents after the expiration of his presidential tenure.

There are fears that Mr Trump may invoke executive privileges to stop Mr Pence from testifying against him at the DOJ as he unsuccessfully attempted to do with Mr Pence’s two aides.

The talks of questioning the former vice president which could take months are still in early stages especially since Mr Pence had yet to be subpoenaed.