U.S. ambassador to Nigeria has pledged support to strengthen the capacity of Nigerian women to advocate laws and policies to close gender gaps. 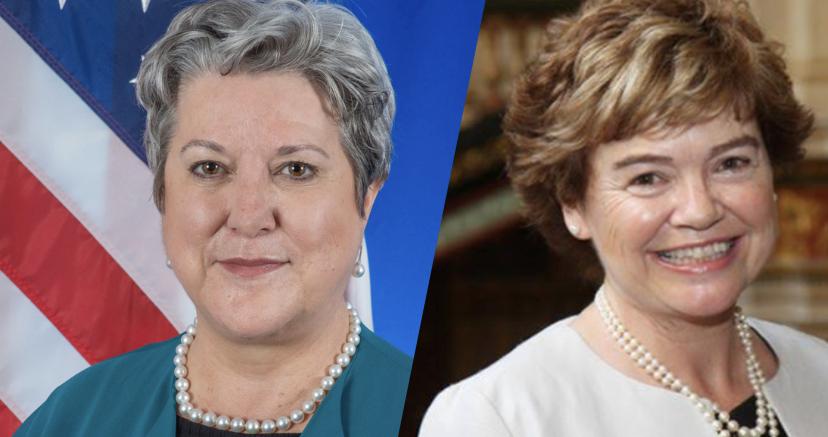 Mary Beth Leonard, U.S. ambassador to Nigeria, has pledged support to strengthen the capacity of Nigerian women to advocate laws and policies to close gender gaps and provide better protection for women.

Ms Leonard made the commitment at a Gender and Inclusion Summit organised by the Policy Innovation Centre (PIC), an initiative of the Nigeria Economic Summit Group (NESG) in Abuja.

According to her, Nigeria’s representation of women in state and national government accounts only for four per cent in elective offices and 16 per cent in appointive positions, which exclude them from the decision making process.

She said the upcoming 2023 elections present an opportunity for gender inclusion and for women to demand candidates prioritise policies and legislation for women and girls.

“During the elections, we would be working with local NGOs in specifically reducing violence against women in politics and during elections. We will work to strengthen the capacity of women groups to advocate for laws and policies that provide better protection for women,” stated the American diplomat. “Election also provides opportunity for individuals not just to participate in the government processes of the country but to hold officials accountable for their actions and inactions.”

Ms Catriona Laing, the UK high commissioner to Nigeria, stressed the need to deal with social norms of religion and behaviours to achieve the desired gender equality.

“There are social norms, religious norms, and behavioural norms which are used as excuses for not making progress on gender equality. We must stand up and challenge these norms. Gender rights are basic human rights, and everyone is entitled to them. So, we must really safeguard progress and make sure we don’t backslide,” stated Ms Laing.

Ms Laing noted that the UK had three areas focusing on gender: educating girls, empowering women and ending violence against women and girls.