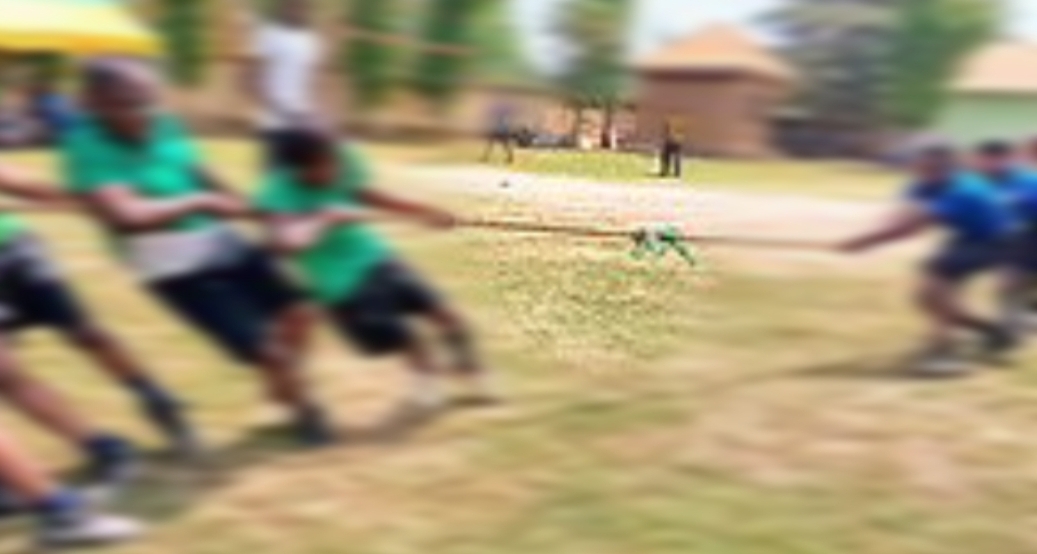 The Universal Basic Education Board (UBEB) has introduced the first edition of ‘Tug of War’ championship among schools in FCT to teach unity, togetherness, strength and harmony.

The principal, Junior Secondary School, Jabi 1, Sikiru Akeem, at the competition in Abuja on Friday, said the game was to create awareness while also introducing it to other schools.

According to him, the game which has been accepted by the Olympics is aimed at encouraging the students to sporting activities to build their mental and emotional capacity.

“The TUG of War is an athletic contest between two teams at opposite ends of a rope, each team trying to drag the other across a centre line.

“The event trains us to tackle and learn about how to overcome difficult situations in life and keep the body relaxed and mind free from tension.

“The game has been accepted into Olympic and was inaugurated in FCT chapter on May 28, 2021 like other state chapters.

“The game could be traced to ancient Egypt, Greece, China and India, it is very popular under the name of “hook pulling”, used to train the warriors,” he said.

Mr Akeem noted that 12 schools were notified to participate in the game but eight, among which are: JSS Kubwa, JSS Karu, JSS Nyanya, JSS Kuje, JSS Piakasa, JSS Jabi 2, JSS Pasali and JSS Jabi 1 made it to the quarter final.

He said that at the end of the semi final, four schools made it to the final which are: JSS Kubwa, JSS Pasali, JSS Jabi and JSS Karu.

Mr Akeem commended the sponsor ASTM International Company for their support in making the first edition of the competition a success.

Meanwhile, the coach of JSS Kubwa, Bilikisu Adedigba, expressed happiness for emerging winner of the Tug of war Federation of Nigeria FCT chapter.

Mrs Adedigba said that though the invitation for participating in the competition was impromptu, the students were able to bring in their skills.

Also, the Chairman, FCT UBEB, Sule Alhassan, said that the introduction of the game into schools activities was a welcome development.

Mr Alhassan said the game was popular among the army, police, navy and other paramilitary, adding that the second edition would bring more athletes to the game.

He assured that all the over 200 junior secondary schools in the FCT would also participate in the next edition.