The former governor says the recent arrest of his son-in-law, Uche Nwosu, during a church event, was a pointer to his allegation. 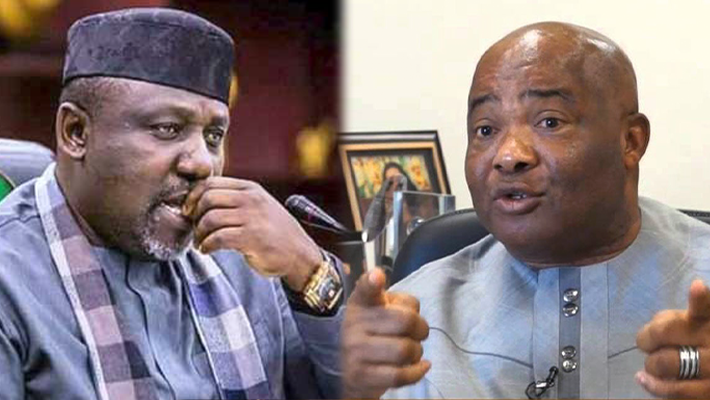 Former Imo Governor Rochas Okorocha has accused his successor, Hope Uzodinma, of being behind unknown gunmen terrorising residents of the state.

“It appears to me as though the misery behind unknown gunmen has been unravelled by recent happenings,” Mr Okorocha said Tuesday in an interview with Channels TV.

The former governor said unknown gunmen were a set of rogue police officers working without the consent of the police authorities, but get their instructions from Mr Uzodinma and his Chief Security Officer.

“They get instruction from the government led by Hope Uzodinma and his CSO Shaba to go and arrest people, lock them up at will and sometimes the whereabouts of these people are unknown.

Something is now unravelled. That is the good news about this,” Mr Okorocha said.
Mr Okorocha said the recent arrest of his son-in-law, Uche Nwosu, during a church event was a pointer to his claim.

Mr Uzodinma had recently in a meeting with members of the state ruling All Progressives Congress in Owerri, said he would name and shame sponsors of unknown gunmen in the state by January 3, 2022.

“All the people that were hired to kill our people, we have started picking all of them. As of now, we’ve picked 18 suspects. Some of them have confessed those who are paying them,” Mr Uzodinma said.

He added that “We have gotten the bank account from where they have been transferring money to them and we have the evidence. When I will address Imo stakeholders on January 3, I will call their names one by one.”