Liverpool defeated Ajax 2-1 at Anfield to record their first victory in the competition. 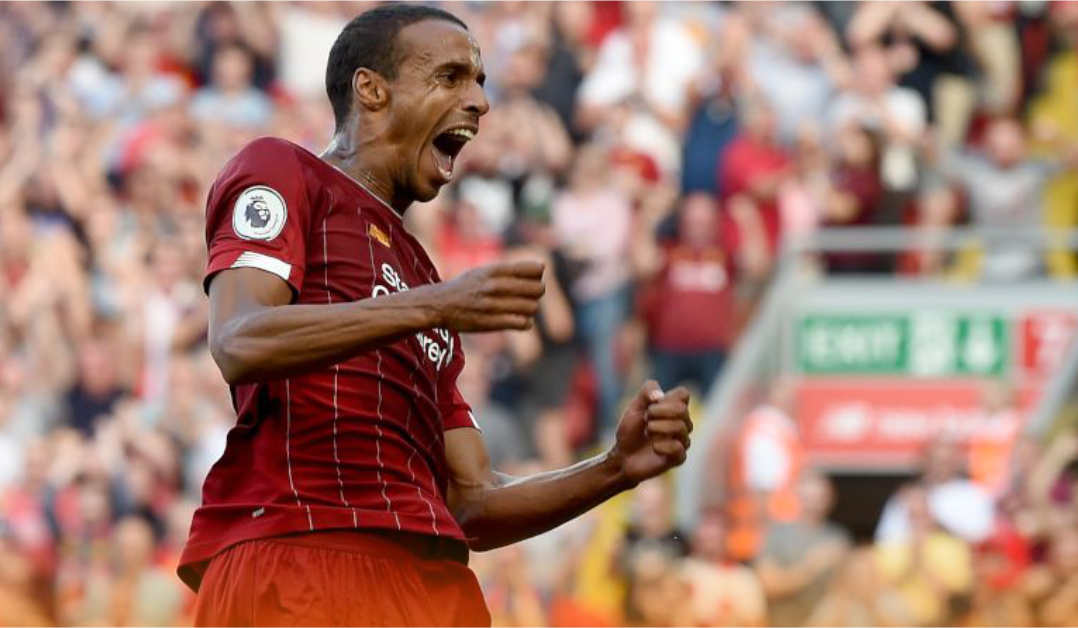 Joël Matip was the hero at Anfield as he scored a late winner for Liverpool to defeat Super Eagles defender Calvin Bassey’s Ajax 2-1 in their second group game of the UEFA Champions League on Tuesday night.

It was a bounceback for Liverpool following the shambolic 4-1 defeat at the hands of Napoli in their opening Champions League group game last week.

Bassey played the full ninety minutes but he couldn’t save his team from a defeat at the hands of the six-time winners of the competition.

Liverpool immediately hit the ground running at the blow of the kick-off whistle, with Mohamed Salah bursting into runs and threatening Ajax’s defence.

Breakthrough for Liverpool happened in seventeen minutes into the match when Diogo Jota assisted Salah to put The Reds ahead.

The goal ended Salah’s seven games goalless run in the competition which dates back to February.

It wasn’t long after the opener that Mohammed Kudus equalised for Ajax with a clinical finish to continue his impressive start to the season. He was assisted by former Spurs forward Steven Berghuis.

Alexander-Arnold curled the ball into the Ajax’s for Van Dijk. The defender targeted the far post with a header but Pasveer saved the ball to deny Liverpool a lead again in the 35th minute.

Ajax’s goalkeeper Pasveer put on an impressive performance as the first half ended 1-1.

In the opening two minutes of the second half, Diaz mishandled the ball and Bergwijn got hold of it and launched a pass to Kudus who went down under pressure from Salah inside Liverpool’s box.

Ajax players called for a penalty but the referee waved it off for action to continue.

In the 75th minute, Ajax came close to grabbing the lead but Tadic narrowly missed going into the net.

Liverpool left it late as Tsimikas found Matip with a perfect cross and the defender headed the ball over the line to finally break the composed Ajax’s defence.

It was the last major action in the second of the Group A fixture as Liverpool walked away with an important 2-1 victory to record their first win in the competition.