A 94th-minute goal by Ronaldo helped United grab a crucial home win against Villareal Wednesday night in the Champions League. 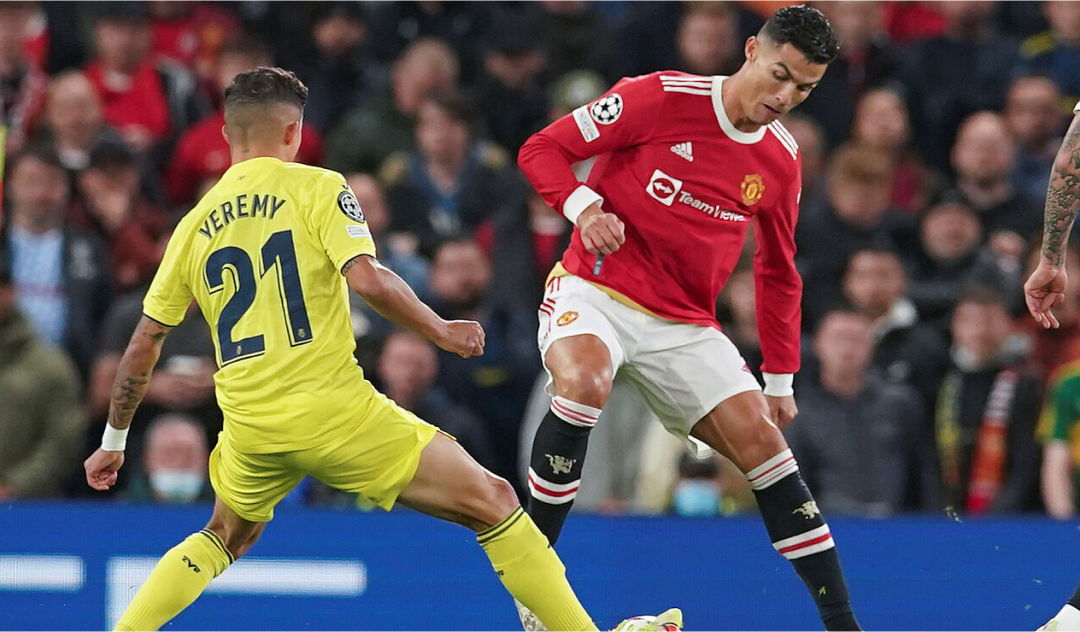 A Cristiano Ronaldo goal helped Manchester United come from behind to defeat Spanish side Villareal 2-1 in the group stage of Champions League on Wednesday night.

Villareal put up an impressive performance at the Old Trafford, taking a deserved lead in the second half.

Paco Alcacer opened scoring for the visiting side at the Old Trafford, giving Villareal the lead in the 53rd minute.

United staged a comeback as  bounced Alex Telles netted an equaliser for the Red Devils in the 60th minute.

A 94th-minute goal by Ronaldo helped United grab a crucial home win against Villareal on the same night he broke record as the player with most appearances in the UEFA Champions League.

Having lost their first game to Young Boys, United are now third in Group F with three points in two games, while Atalanta and Young Boys are first and second with four and three points respectively.