Despite collecting N30,000 for appointment letters, the University of Calabar Teaching Hospital is owing over 350 workers 11 months’ salaries, say interns at the institution. 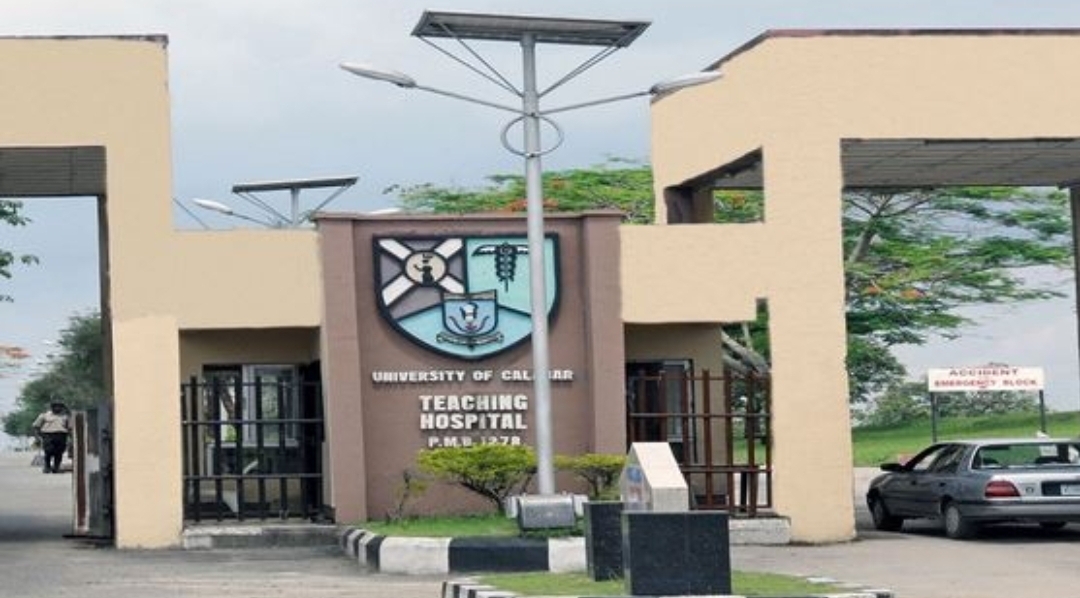 Despite collecting N30,000 for appointment letters, the University of Calabar Teaching Hospital (UCTH) is owing over 350 workers 11 months’ salaries, say interns at the institution.

Peoples Gazette learnt that the school demanded the interns pay N30,000 before they were issued appointment letters.

Receipt of payments by several interns in December 2020, as seen by The Gazette, showed the money was for collecting the “offer of appointment” letter was paid into the hospital’s account at Ekondo Microfinance bank with account number 1100757926.

Some interns who spoke with The Gazette on the condition of anonymity for fear of being victimised said the institution owed them 11 months’ salaries.

“Life has been very difficult for me since the University refused to pay us. As I am talking to you now, I am sick of chronic ulcer,” one of the interns told The Gazette. “I have borrowed up to N600,000, which until now, I am hiding from those I borrowed money due to threats to my life.”

“I have to allow up to five of my friends to stay in my apartment because most of them could not pay their house rent and were driven out by their landlords,” stated another intern. “I happened to be the breadwinner in my family, and my dad is sick. I thought the salaries would come to treat my dad, but unfortunately, it is not coming.”

The intern had to sell her sewing machine because “we are not allowed to do any job, and life in Calabar is expensive, especially the houses.”

The hospital management had suspended the interns for protesting the non-payment of their 11 months’ salaries.

On March 1, 2020, the institution, in a memo signed by the hospital director of administration, Ededet Eyoma, appealed to the interns to be patient, claiming the issue was a national problem.

At the expiration of the suspension, the institution refused to let the interns resume work. They were told the governing board had not sat, and as such, their suspension remained, an intern told The Gazette on Wednesday.

The appointment letter seen by The Gazette shows that each intern will receive N1.5 million per annum and is not allowed to do any other job or business but work 24-hours in the hospital.

However, the chairman of the Joint Health Sector of the hospital, Icha Bassey, claimed that the non-payment resulted from a reduction of allocation to the hospital by the federal government.

“The hospital was receiving N144 million, but now we received N6.5 million, which made it difficult for management to pay the salaries at a go,” said Mr Bassey explained to The Gazette. “But, with that N6.5 million, management was able to settle the interns even though the money paid was not up to the amount of their monthly salaries.”

According to him, a previous set of interns had over 400 interns, “and they don’t have any issue except this batch of 352, which we thought we could pay considering the last batch had more numbers, but the money wasn’t coming as thought.”

“But, they (the students) didn’t tell us until almost everyone had paid the money,” he added. “In our letter, we told the management to review the price, which they did, and it has now been brought down to N15,000.”

The hospital management denied any wrongdoing in a statement made available to The Gazette on Thursday in response to the allegation.

The statement by the Chief Medical Director, Ikpeme Ikpeme, blamed the non-payment of interns’ salaries on the shortfall of the non-personnel allocation in 2021.

It also accused the interns of “plotting and kidnapping the chief medical director and other management staff.”

“They also issued a death threat to the CMD and other management staff. This can be substantiated. These are criminal activities that necessitated an investigation by the security agency, as a result, the management board convened in an emergency meeting and directed that all internship programmes be suspended,” the institution explained.

When asked why the institution forced interns to pay N30,000 before getting an appointment letter, Mr Ikpeme replied: “Anyone who found himself or herself unable to abide by organisational policies that predated their entrance into the organisation should have rejected the offer.”

He pointed out that “the offer was not forced on anyone.”

“I believe that in your organisation, there are policies, and those policies are effected for the good of the organisation and society,” Mr Ikpeme added.