The Tuesday night result came as England’s biggest defeat on their home turf since 1928. 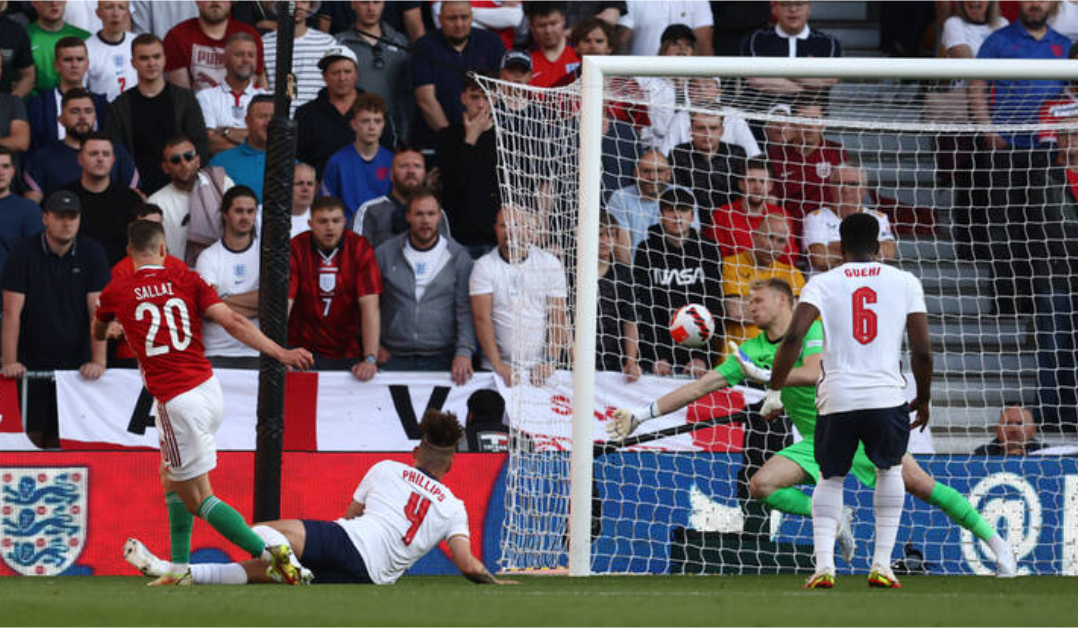 England on Tuesday night suffered a 4-0 defeat to Hungary in the UEFA Nations League at the Molineux Stadium.

The Tuesday night result came as England’s biggest defeat on their home turf since 1928.

With 68 per cent ball possession and 10 shots on target, England dominated the game. But the visitors converted their few chances, while having 31 per cent of all possession.

Hungary took the lead barely 16 minutes into the game courtesy of Roland Sallai. Same player doubled the visitor’s lead in the 70th minute.

Zsolt Nagy made it three for Hungary in the 90th minute, making a comeback a difficult task for England.

In the 89th minute, Daniel Gazdag fired in another goal, sealing Hungary’s victory.