UEFA said the new regulations will come into force in June 2022 with “implementation over three years to allow clubs the necessary time to adapt.” 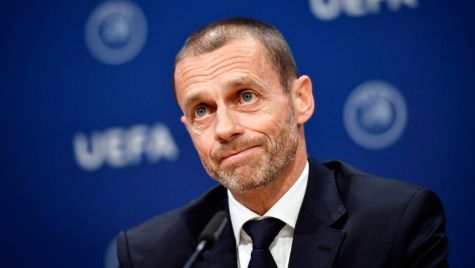 European football clubs will be limited in how much they can spend on their playing squads under new financial fair play (FFP) regulations approved by the UEFA executive committee on Thursday.

“The biggest innovation in the new regulations will be the introduction of a squad cost rule to bring better cost control in relation to player wages and transfer costs,” the European football ruling body said.

“The regulation limits spending on wages, transfers, and agent fees to 70 per cent of club revenue.

“Assessments will be performed on a timely basis and breaches will result in pre-defined financial penalties and sporting measures.”

UEFA introduced FFP in 2010 but while smaller clubs have been punished, bigger sides such as Paris Saint-Germain (PSG) and Manchester City succeeded in spending huge amounts invested by their owners.

Other amendments will see controls performed every quarter to ensure clubs do not owe money within the game or to social/tax authorities.

Also, the permitted break-even variation is to be doubled to 60 million euros (65.5 million dollars) over three years.

“However, the evolution of the football industry, alongside the inevitable financial effects of the pandemic, has shown the need for wholesale reform and new financial sustainability regulations.

“UEFA has worked together with its stakeholders across European football to develop these new measures to help the clubs to address these new challenges.

“These regulations will help us protect the game and prepare it for any potential future shock while encouraging rational investments and building a more sustainable future for the game.”

UEFA said the new regulations will come into force in June 2022 with “implementation over three years to allow clubs the necessary time to adapt.”