Ugandan pastor, Jackson Senyonga of Christian Life Church Kampala, has celebrated the death of TB Joshua, urging his congregation to rejoice with him. 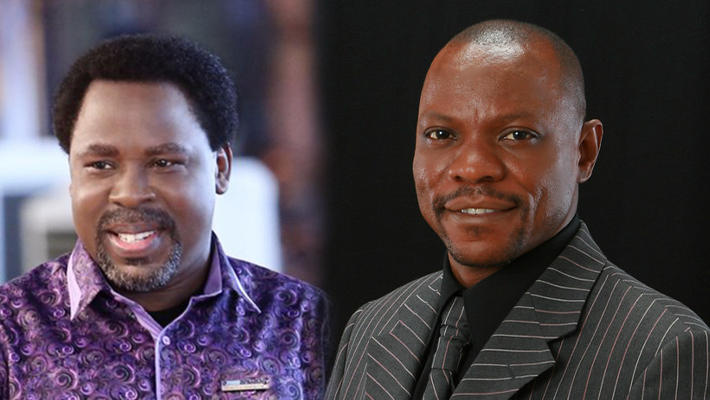 A Ugandan pastor, Jackson Senyonga of Christian Life Church Kampala, has celebrated the death of TB Joshua, urging his congregation to rejoice with him.

Mr Senyonga, during a church programme, as shown in a video online, jubilated with his congregation over the death of TB Joshua.

The hysterical cleric added, “I told you all God was going to overcome battles in Jesus’ name, I want to take it as a victory.“

In a veiled reference to people killed after a building collapse on the Synagogue’s premises in 2014, Mr Senyonga said, “He thinks his life is better than the lives of a thousand people that have died. What makes you think you can kill others because you want sacrifices?”

Mr Joshua, the founder of the Synagogue Church Of All Nations (SCOAN), died in Lagos on Saturday evening shortly after concluding a programme at his church. He was 57.