Amid the ongoing June 12 demonstrations rocking Nigeria’s major cities to mark Democracy Day, the United Kingdom has insisted on Nigerians right to protest. 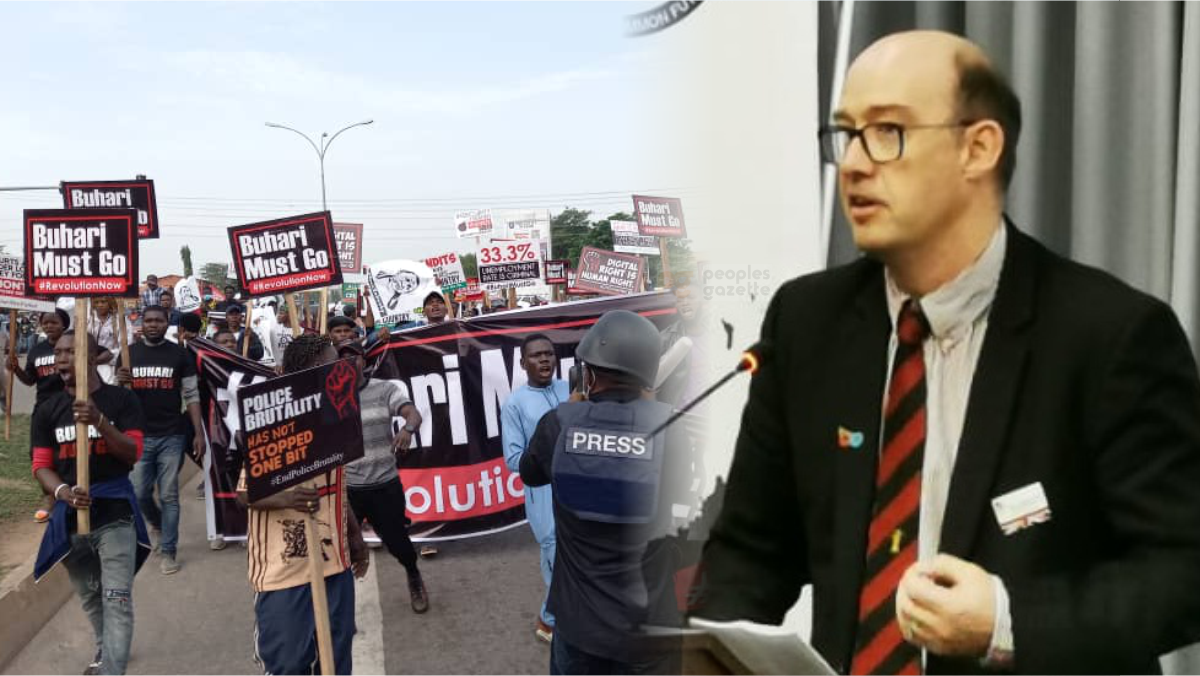 Amid the ongoing June 12 demonstrations rocking Nigeria’s major cities to mark Democracy Day, the United Kingdom has insisted on Nigerians right to protest.

Youths who turned out for the protest displayed several placards with inscriptions such as ‘Buhari must go,’ ‘Revert electricity tariff now,’ ‘End Bad Government,’ among others.

While joining Nigerians in commemorating democracy day, the UK tweeted, “We celebrate every Nigerian who has contributed to establishing #democracy in this country and emphasise the importance of upholding its values, including the right to free expression and to peaceful protest.”

This came a day after the UK warned its citizens to avoid being caught in the protests, citing a possible outbreak of violence.

In a travel advisory to its citizens, the UK government said, “On 12 June, protests over insecurity are planned in multiple locations, including large cities.

“You should remain vigilant, avoid demonstrations, protests or large gatherings and pay attention to local media and social media reports on protest locations.”