“Ebonyi state is not in support of any state collecting VAT. We are in support that FIRS should continue to collect tax and share,” Mr Umahi said. 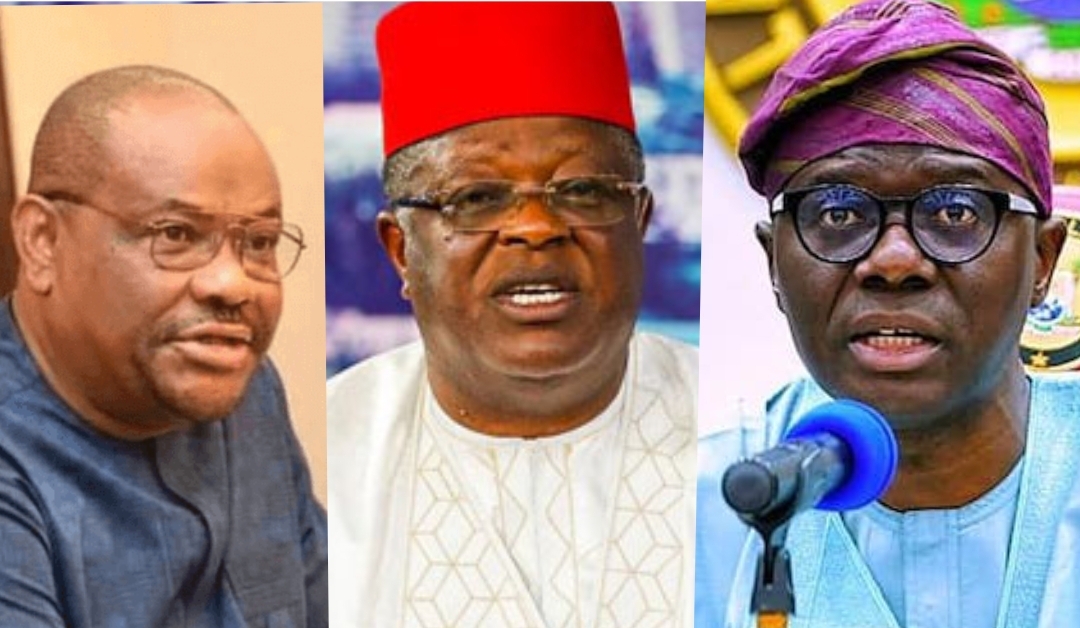 Governor David Umahi of Ebonyi has opposed the agitations by Governors Nyesom Wike and Babajide Sanwo-Olu on the collection of value-added tax, insisting that the Federal Inland Revenue should take charge of the collection.

“Ebonyi state is not in support of any state collecting VAT. We are in support that FIRS should continue to collect tax and share,” Mr Umahi was quoted as saying at a dinner in honour of a former Chief of Army Staff Tukur Buratai.

There have been controversies surrounding the collection of VAT after the Rivers Division of the Federal High Court, on August 10, ruled that Rivers rather than FIRS were entitled to collect and utilise proceeds of VAT.

Mr Wike subsequently enacted laws to collect VAT in the state, a move that was also adopted by Lagos, with other southern states, including Ogun and Akwa Ibom, ready to follow suit.

In his address during the event held at the Governor’s Lodge, Centenary City, Abakaliki, Mr Umahi strongly opposed the move, stating that “evil will continue to thrive if good people keep quiet,” the outlet reported.

“We must make Ebonyi state very exceptional by rising to the challenges. When we shout true federalism, I say, I agree. But it should be administrative restructuring,” he said.

“People are taking special interest in Ebonyi state and her governor, positively and negatively. But it is very important to be in the news than for you to say there are 36 states. You will name 35 and say, ‘what is the other state?’ We have aborted it. We are now a state to reckon with, and we have no apologies.”

Speaking further, the governor boasted about the achievements of the APC-led administration in Ebonyi, just as he challenged the “best” governors under the aegis of the Peoples Democratic Party to have a debate with him.

He stressed that “it’s not just to be talking and talking. You don’t sit on people’s sweat and resources and be talking nonsense.”

Mr Umahi further maintained that he was open to criticisms from the opposition party, noting that Ebonyi needs resources.

Messrs Wike and Sanwo-Olu have both ignored a ruling by the Abuja Division of the Court of Appeal, which ordered them to “maintain status quo ante bellum” until the VAT matter was resolved, with the Rivers government headed to the Supreme Court to challenge the order.