Meanwhile, most of the world’s population growth is concentrated among the poorest countries. 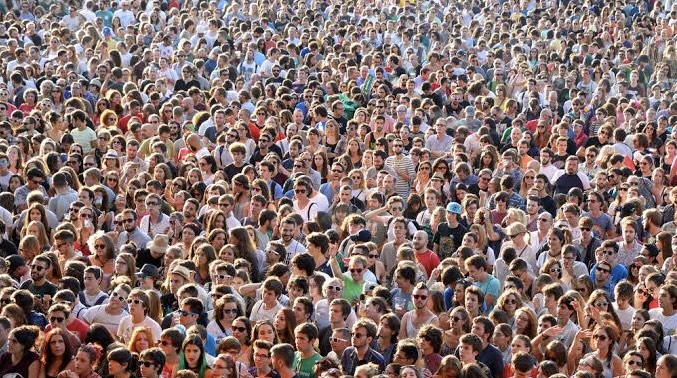 As the world’s population hits eight billion on Tuesday, the UN Population Fund (UNFPA) says it is a milestone for human longevity and signalling major improvements in public health.

UNFPA said it also came with warnings of worsening economic inequality and environmental damage. While fewer risks and increased life expectancy are to be lauded, the moment is also a clarion call to look beyond the numbers and for governments to share responsibility for protecting people and the planet – starting with the most vulnerable.

As the world’s population will continue to grow to around 10.4 billion in the 2080s, the overall growth rate is slowing down, according to UNFPA. However, the planet is more demographically diverse than ever, with individual countries and regions facing starkly different population trends in growth and decline.

For example, two-thirds of today’s global population live where lifetime fertility is below 2.1 births per woman. While at the same time, population growth continues to surge in the world’s poorest countries – most of which are in sub-Saharan Africa.

“A world of 8 billion is a milestone for humanity – the result of longer lifespans, reductions in poverty, and declining maternal and childhood mortality. Yet, focusing on numbers alone distracts us from the real challenge we face: Securing a world in which progress can be enjoyed equally and sustainably,” UNFPA chief Natalia Kanem said.

Whether populations are growing or shrinking, every country must be equipped to provide its citizens with a good quality of life and lift up the most marginalised.

“We cannot rely on one-size-fits-all solutions in a world in which the median age is 41 in Europe, compared to 17 in sub-Saharan Africa. To succeed, all population policies must have reproductive rights at their core, invest in people and the planet, and be based on solid data,” added Ms Kanem.

While the day represents a success story for humanity, it also raises concerns over links between population growth, poverty, climate change and achieving the Sustainable Development Goals (SDGs).

Meanwhile, most of the world’s population growth is concentrated among the poorest countries, which have significantly lower emissions rates but are likely to suffer disproportionately from the effects of climate change.