The Kaduna government with support from UNICEF on Wednesday inaugurated the disbursement of N5,000 monthly cash transfer. 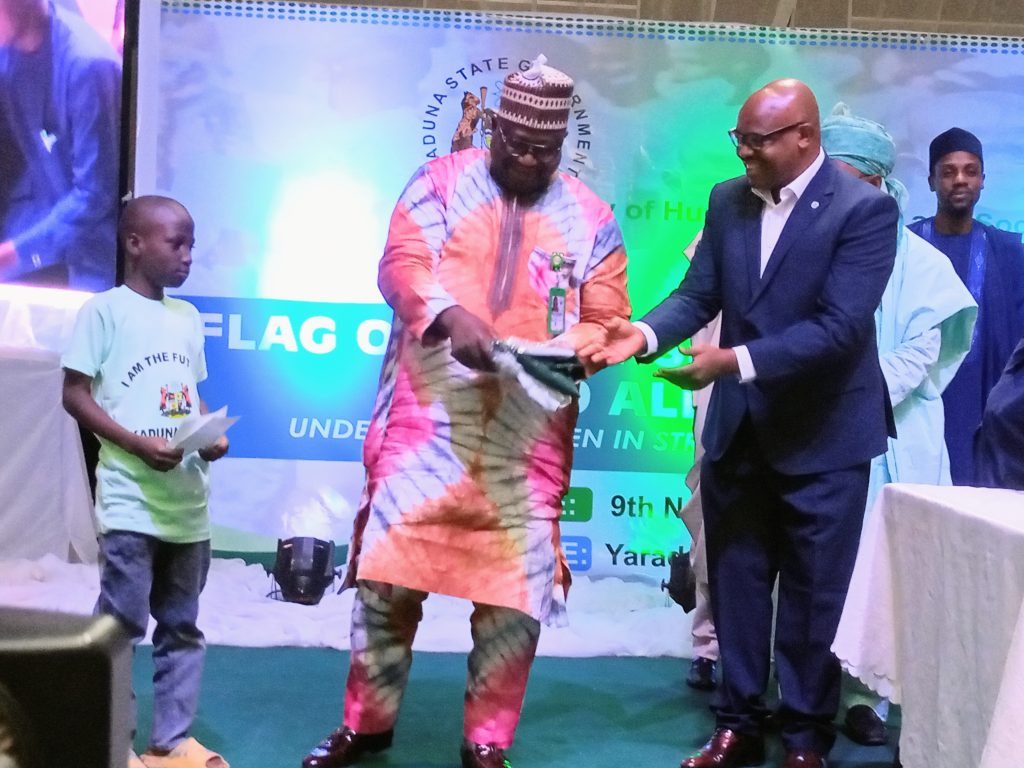 Some Almajiri children and their parents in Kaduna State have lauded the United Nations Children’s Fund (UNICEF) and Kaduna government over the introduction of a social safety net for 2,674 children reunited with their families.

The Kaduna government with support from UNICEF on Wednesday inaugurated the disbursement of N5,000 monthly cash transfer under the Children in Street Situation programme.

The Hausa word “Almajiri” refers to children of non-formal Qur’anic schools who migrate from their homes in search of Islamic knowledge.

Almajiri are children, usually from poor rural backgrounds in northern Nigeria, who leave their hometowns to study with itinerant teachers of the Qur’an.

The term has expanded to refer to any young person who begs on the streets and does not attend secular school.

The Almajiri children said in separate interviews in Kaduna on Thursday that the support would transform their lives for good.

The children were among the over 10,000 street children that were reunited with their parents to enrol and remain in school to acquire basic education.

They said the support has availed them the opportunity to acquire formal education and grow to their full potential.

One of the children, Aminu Waziri, 9, said he was happy to be among the beneficiaries of the programme.

The visibly elated little Waziri said that he was excited because he is now living with his parents and has an opportunity to enrol in formal school.

Also, his father, Waziri Mailafiya, from Kudan Local Government Area of the state, said that his son has since been enrolled in public primary school, and promised to support the child to grow and develop.

Mr Mailafiya, a father of six, commended UNICEF and the state government for the support, which he described as “life changing.”

Another beneficiary, Ahmed Suleiman, 11, said he was happy that he no longer roamed the streets begging for food courtesy of the programme.

Master Suleiman, who said he wants to be a soldier when he grows up, said that his life was becoming better by the day, adding that his dream of becoming a soldier was becoming real to serve his country.

Hassan Idris, Suleiman’s uncle, said that the support would transform the life of the children and enable them to tap from available opportunities to support their growth and development.

Mr Idris blamed the incidence of children in the street to poverty, adding that with the cash transfer programme, parents and guardians no longer have an excuse not to send their children to school.

Another beneficiaries, Abdullahi Muhammad, 12, said: “I am very happy with the support, particularly that it will enable me attend school without interruption.

“I am now confident of achieving my dream of becoming a medical doctor. I will study hard and make my dreams come true now that I am opportune to be in school.

His father, Salisu Idris complained that life was difficult for him and could not send all his 10 children to school due to poverty.

“I want them to go to school, but I am struggling to feed and take care of other pressing needs; but now I will be able to send my other children to school due to this support,” he said.

European Union-funded Strengthening Access to Justice for Children on the Move and other Vulnerable Children projects.

Mr Mamah said that UNICEF was working with the State Ministry for Human Services and Social Development and other stakeholders to deliver critical services to Almajiri children that remained at home after their re-unification.

He added that the efforts would also facilitate their full integration with their communities.

He identified the services as the setting up of children’s bank accounts for N5,000 monthly Cash Transfer, enrolment and issuance of National Identification Number.

The other services, he said, included the acquisition of legal identification and birth registration, enrolment in school and provision of school uniforms and learning materials.