The State Security Service held the Nigerian activist in illegal detention for 144 days for leading a campaign against poverty and corruption. 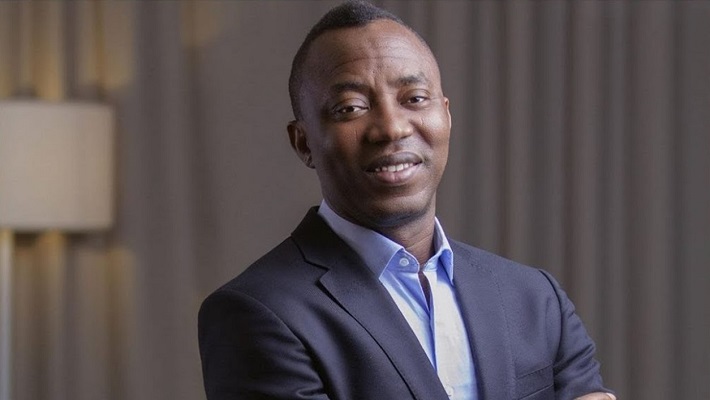 Citing opinions adopted at its eighty-seventh session held between April 27 – May 1, 2020, the group asked the Federal Government to make reparation to the Sahara Reporters publisher.

“The Working Group requests the Government of Nigeria to take the steps necessary to remedy the situation of Mr Sowore without delay and to bring it into conformity with the relevant international norms, including those set out in the Universal Declaration of Human Rights and the International Covenant on Civil and Political Rights”, the group said in a statement.

“The Working Group considers that taking into account all the circumstances of the case, the appropriate remedy would be to unconditionally release Mr Sowore immediately and accord him an enforceable right to compensation and other reparations, in accordance with international law”, the statement added.

Mr. Sowore was arrested in Lagos on August 3, 2019 and taken into custody by agents of Nigeria’s secret police SSS, for alleged treasonable felony, cyberstalking and money-laundering.

The activist, a presidential candidate of the AAC in the 2019 election, had called for a peaceful revolution to protest against decades of bad governance in Nigeria was detained for 144 days despite different court orders mandating his release.

The SSS claimed that Mr. Sowore’s #RevolutionNow campaign, which was slated for August 5, 2019 – two days before his arrest – threatened public safety and presented a threat of insurrection to the Nigerian government, although it failed to supply any evidence to substantiate the claims before the public or the federal court handling the case.