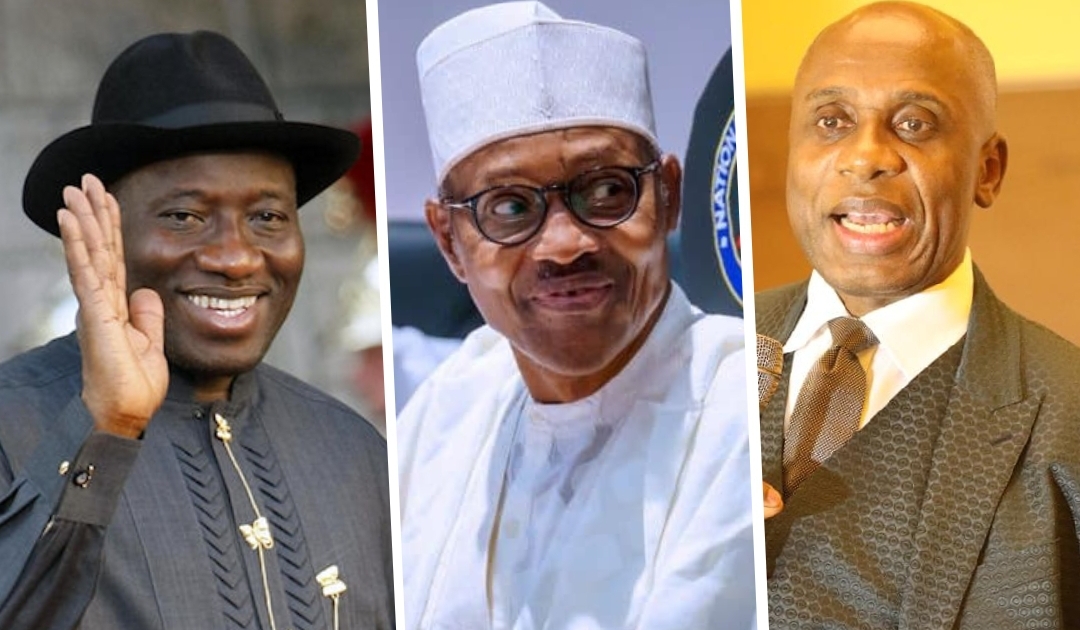 Speaking of brazen looting of the country’s funds under Mr Jonathan, Mr Amaechi stated that the looters “had nothing to do to show for it.”

“They did not have a carpentry shop, but they were billionaires. They did not hide it. But here (Mr Buhari’s regime), if you are stealing, it is done quietly,” the minister revealed in an interview with Daily Trust.

Speaking on how the regime has managed the country’s resources in the past years, Mr Amaechi, an ally of Mr Buhari, noted that stealing was taking place “quietly” under the regime.

“I want Nigerians to be honest. Can you openly take money from this government? I am not saying whether we are corrupt or not,” he acknowledged.

Mr Amaechi also claimed that corrupt officeholders displayed their wealth without fears of being prosecuted, compared to the current administration where looters “face the consequences” for their actions.

“Let us assume we are corrupt: can you openly take money in this government? In the past governments, what happened? You can take money in the streets. Corruption was so pervasive that nobody was talking about it,” said Mr Amaechi. It was not hidden that people completely and openly displayed their wealth.”

Admitting that Mr Buhari’s regime is not corruption-free, the transportation minister pointed out, “But here (under Mr Buhari’s regime), if you are stealing, it is done quietly. I am not saying it is good. It is a sin punishable.

In its ‘2020 Country Reports on Human Rights Practices: Nigeria’, the U.S. noted that corruption under Mr Buhari was “massive and pervasive.”

“Although the law provides criminal penalties for conviction of official corruption, the government did not consistently implement the law, and government employees frequently engaged in corrupt practices with impunity,” the U.S. report said. “Massive, widespread, and pervasive corruption affected all levels of government, including the judiciary and security services.”

“The bulk of ICPC and EFCC anti-corruption efforts remained focused on low- and mid-level government officials,” explained the U.S. report. “In 2019, both organisations started investigations into and brought indictments against various active and former high-level government officials. Many of the corruption cases, particularly the high-profile ones, remained pending before the court due to administrative or procedural delays.”

Critics have accused Mr Buhari of failing to tackle corruption which he said would be his priority prior to his first election in 2015. Corruption has remained rampant as Nigeria ranked 149 out of the 180 countries surveyed in Transparency International’s Corruption Perception Index (CPI) 2020.

As of 2019, Nigeria ranked 146th, although the Economic and Financial Crimes Commission (EFCC) did not agree with the ranking.