Fans said the victory would assuage the feelings of Nigerians after the Super Eagles failed to qualify for the Qatar 2022 world cup. 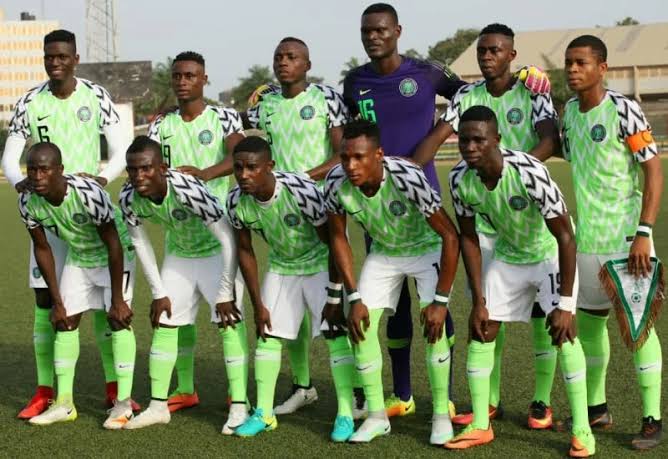 Football fans in Ebonyi have described the Flying Eagles’ victory at the West African Football Union (WAFU) Zone B competition on Friday as a “soothing balm” on the psyche of Nigerians.

The nation’s male U-20 team defeated the young Squirrels of Benin Republic 3-1 in Niamey, the Niger Republic, to win the competition and emerge the third champions of the biennial tournament.

The fans who spoke to journalists on Saturday in Abakaliki congratulated the Flying Eagles, noting that they somewhat brought the minds of soccer fans back to football.

Hillary Ogbonna, chief coach of the newly formed Salt City Football Club of Abakaliki, said the victory would assuage the feelings of soccer fans after the Super Eagles failed to qualify for the Qatar 2022 world cup.

“The WAFU competition might not be in the class of the world cup, but the victory will make the fans believe in their national teams again.

“I am sure that even those who angrily vandalised the Moshood Abiola National Stadium Abuja when the super eagles flopped against Ghana would have something to cheer about,” he said.

Gregory Ikpeama, defunct Anambra State Environmental and Sanitation Authority (ASESA) warriors player, described the team as worthy champions due to its intelligent and result-oriented display in the competition.

“It is astonishing that the team had barely two weeks to prepare for the competition and, right from its trial matches, played as if it had been together for months,” he said.

“The bulk of the victorious players should be retained while areas of noticeable deficiencies should be fortified.

“The NFF should arrange with the clubs of these players to formulate convenient training programmes for the team for adequate preparations,” he said.

Chika Onoh, a teacher and football buff, urged the Golden Eaglets to emulate the Flying Eagles as they prepared for the WAFU Zone B U-17 competition in Ghana.

“Coach Nduka Ugbade should seek necessary tips from Bosso to ensure eventual victory in the competition.

“A victory for the eaglets will go a long way in soothing the nerves of football fans still reeling from the senior team’s world cup outster,” she said.