War over artefacts: Governor Obaseki to meet with Oba of Benin

Mr Obaseki said that the government have always acted transparently and in consonance with existing federal and state laws in the issue concerning the artefacts. 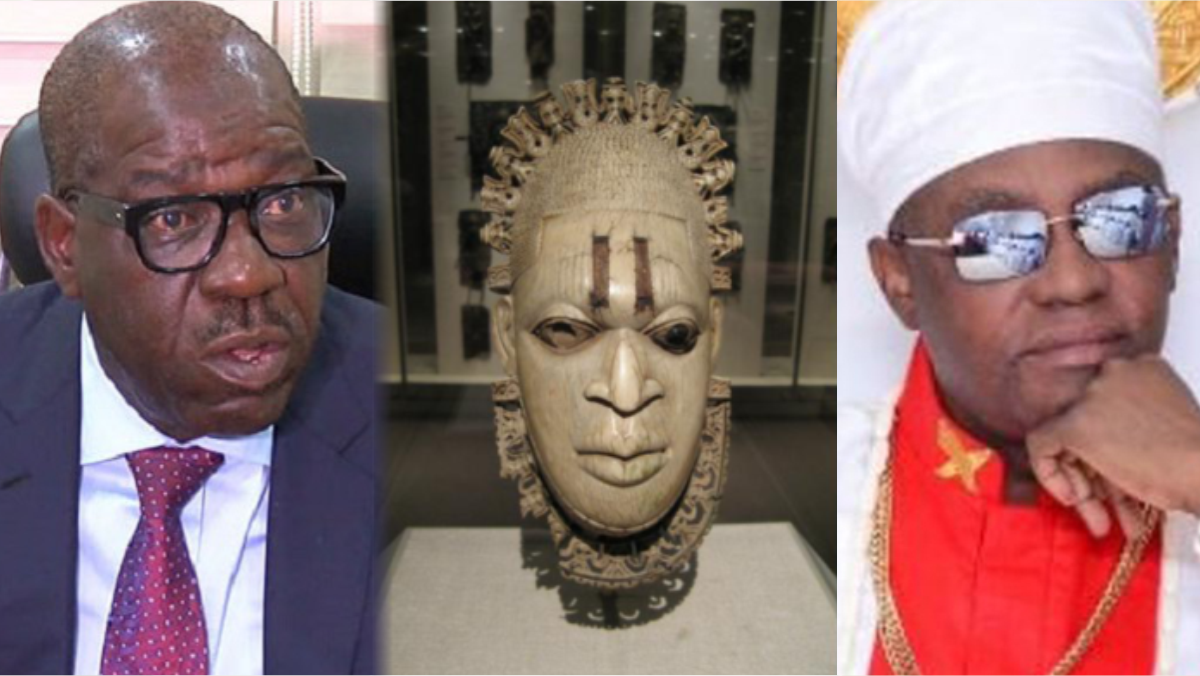 The Edo government says it will meet the Oba of Benin, Oba Eware II, over the anticipated return of the stolen artefacts from Europe to Nigeria.

Governor Godwin Obaseki made this known, in a statement, signed by the Secretary to the State Government (SSG) Osarodion Ogie.

It says that the statement government would ensure the Oba of Benin was abreast with the development.

It would be recalled that the artefacts were removed and taken to Europe and other parts of the world during the European invasion of the Benin Kingdom in 1897.

The Oba of Benin, on July 9, convened a meeting of all sons and daughters over the anticipated return of the artefacts.

Oba Eware II said the palace would not tolerate any move either by the government or any individual to relocate the artefacts outside the Benin Royal Palace.

Mr Obaseki said the statement credited to the Oba appeared to have created the impression that there was a major conflict between the interests of the government and His Royal Majesty over the artefacts.

Mr Obaseki said the state government would continue to make efforts to secure a private audience with His Royal Majesty to discuss his concerns.

“The state government have always acted transparently and in consonance with existing federal and state laws in all matters relating to the proposed return of the artefacts and monuments.

“The actions of the government thus far on this issue have been driven by selfless, patriotic considerations and in the best interest of Edo State and Edo people,” Mr Obaseki said.