We may have to deport destitutes, says Oyo commissioner

Mrs Sanni, one of the seven commissioners confirmed by the Oyo State House of Assembly on Thursday, said this during the screening exercise. 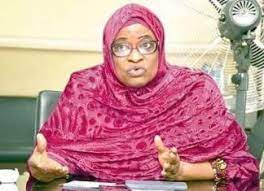 A photo of Faosat Sanni used to illustrate the story [Photo credit: Today]

Newly reappointed Commissioner for Women Affairs and Social Inclusion in Oyo State, Faosat Sanni, said the government may have to deport destitutes back to their states of origin as a final resort, owing to their menace around the Ibadan metropolis.

Mrs Sanni, one of the seven commissioners confirmed by the Oyo State House of Assembly on Thursday, said this during the screening exercise.

The nominees were screened and confirmed by the lawmakers at plenary in Ibadan after Governor Seyi Makinde had re-presented them to the legislature.

The nominees were commissioners before Mr Makinde dissolved his cabinet on June 29.

Speaking on the challenges of destitution in Oyo State, Mrs Sanni noted that in spite of the government’s efforts in relocating destitutes to a permanent abode, some of them had started returning to the street.

“The final solution may be total deportation of the destitute to their various states, just  like the way  other states had  been doing,” Mrs Sanni said.

On his part, the Commissioner for Finance, Ojo, said that the state government had improved on its Internally Generated Revenue (IGR) to more than N2 billion monthly.

“Our projection in the next two years is to generate N6 billion monthly,” he said.

The Speaker of the house, Adebo Ogundoyin, in his remarks, said that the house had exercised its constitutional powers by confirming the reappointment of the nominees.

Mr Ogundoyin urged the nominees  to  contribute their quota to the development of the state.

The speaker commended the governor on the calibre of people he nominated as commissioners, adding that their vast experiences would be of help in repositioning the state.

“More is expected from you by the good people of the state.

“Build up on what you have achieved and keep strategising to make things better.

“Governor Makinde believes in your capabilities and you must not disappoint him,” the speaker said.