We will reclaim Oyo from PDP, sign Makinde to APC: Chairman

“A time is coming that we shall also sign Seyi Makinde to APC,” the state party chairman said. 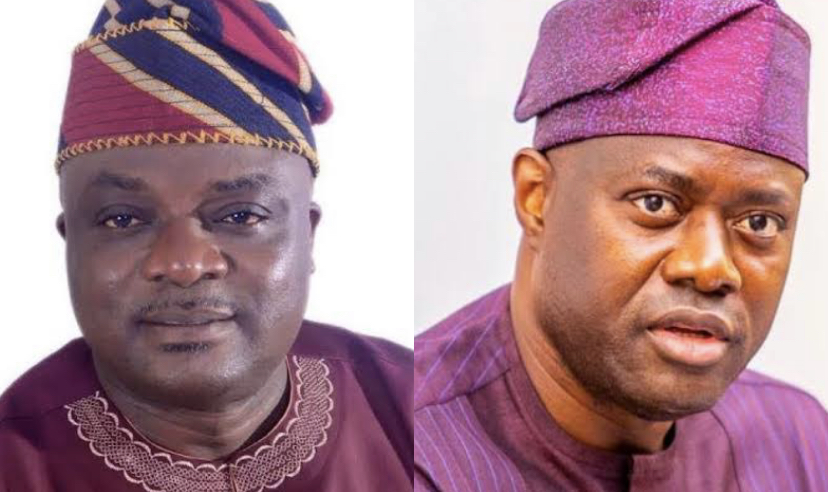 The All Progressives Congress in Oyo says it is working toward reclaiming the state from the ruling Peoples Democratic Party.

Its Chairman, Isaac Omodewu, made this known while receiving defectors from the PDP, African Democratic Congress, and Accord Party on Saturday to his party.

Mr Omodewu said that the party had gained more from the defection than its loss to PDP.

He said the defectors were the first batch, adding that more batches were still coming to join APC, especially from the Labour Party.

“They signed one player, we signed more than 20 players. It is a game. We are working seriously and we are taking that government back.

“A time is coming that we shall also sign Seyi Makinde to APC. This is a manifestation of what APC is doing underneath. We are winning,” the chairman said.

In his remarks, Teslim Folarin (APC-Oyo Central), said that more defectors would still join APC from other political parties.

According to him, there are still more coming. We just want to stagger it. Look at the quality players we are bringing into the team.

“They are real politicians. They are winners. They are not used to losing. These are politicians we have brought into the fold. So, we are very happy,” he said.

Mr Folarin, who is an APC governorship aspirant, said that the turnout at the defection was impressive in spite of the ongoing Ramadan fasting.

The defectors include Ajibola Muraina (APC-Ibarapa Central/North Federal Constituency); Remi Oseni, who was the Governorship aspirant of ADC in the 2019 general election.