“The Fulani Nationality Movement (FUNAM) carried out the attack. We have genuine reasons. We acted on behalf of millions of Fulani people in 15 countries.” 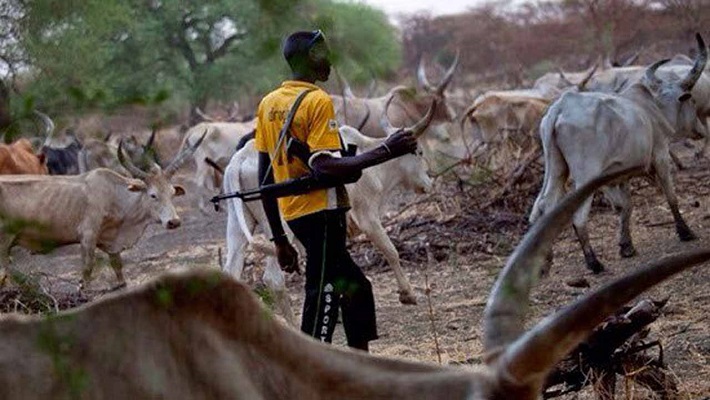 The Fulani Nationality Movement (FUNAM) has claimed responsibility for the attack on Governor Samuel Ortom of Benue’s convoy.

A statement titled, ‘Why we attacked Ortom,’ issued by Umar Amir Shehu, published by Ripples, confirmed that FUNAM attacked the governor on behalf of millions of Fulanis.

It is not clear whether the ‘special detectives’ deployed in Benue by Abuja are investigating the group, or the State Security Service has FUNAM on its watchlist. Former President Olusegun Obasanjo has accused Mr Buhari of failing to rein in killer herdsmen on the rampage across the country.

Last October, the Centre for Democracy and Development had concluded in a fact-check that “there is no group known as FUNAM.”

Though considered non-existent or faceless, FUNAM sees itself as acting on behalf of Fulani people in 15 countries. In Nigeria, violent attacks in the first six months of 2020 exceeded the total recorded in 2019. Much of the violence was attributed to the Islamic State’s West Africa Province (ISWAP) and Fulani extremists.

In February, Mr Ortom had accused Bauchi’s Governor Bala Mohammed of plotting to kill him in cahoots with Fulani herders. Mr Ortom said Mr Mohammed should be held accountable if anything happened to him, alleging he is part of a “terrorist Fulani organisation, terrorising Nigerians.”

The Global Terrorism Index 2020 (published by the Institute for Economics & Peace) noted, “Of particular concern is the increasing terror threat from radicalised Fulani in Nigeria, where there is already an ongoing violent conflict between herders and farmers.

On Saturday, Mr Ortom said herders attacked him on his farm near Tyo-mu, along Makurdi-Gboko Highway. The governor linked the attack to the state’s anti-open grazing policy, saying his government will not repeal a law adopted in 2018 against nomadic grazing because it has been popular amongst residents.

“Our attention has been drawn to media reports today speculating about who attacked the Governor of Benue State, Samuel Ortom,” FUNAM said in the statement.

“Yes. Yes, we did. The Fulani Nationality Movement (FUNAM) carried out the attack. We have genuine reasons. We acted on behalf of millions of Fulani people in 15 countries.”

The group said its 11 “courageous” fighters attacked Mr Ortom because he stands against the Fulani interest.

“It’s a case of vengeance against an infidel who has used his time and money, deployed in destroying the Fulani values and inheritance.

“Our courageous fighters carried out this historic attack to send a great message to Ortom and his collaborators: Where ever you are, once you are against Fulani’s long-term interest, we shall get you down. This is a clear warning. We hope those who take us for granted will get the indisputable message,” the Fulani group asserted.

FUNAM added, “Our intention is unequivocal: TO KILL HIM.

“That mission will one day be fulfilled and very soon too.

“Ortom escaped today because of a slight technical communication error. Next time, he will not be lucky. We can assure him and his supporters.”

The group also threatened to attack others, leading a campaign against the Fulanis.

“Ortom has been leading the campaign against Fulani interests in the North. We have our operatives in all southern states. Each will face our sword soon.

“We warn collaborators working against Fulani people across Nigeria: WE SHALL GET YOU irrespective of your hidden place.

“In the next few months, FUNAM will carry out attacks on strategic human and material assets of states and non-state groups or individuals known for their anti-Fulani campaigns.

“We shall hunt you down in your houses, in your workplaces, in your car, in your streets. It’s a matter of time.”

Although leaders of FUNAM are unknown, the group had issued similar statements in the past. In 2017, it said it was responsible for various deadly attacks in the country, claiming to act on behalf of Fulani people scattered across West Africa, especially Nigeria, Mali, Guinea, Cameroon, Senegal, and Niger.

In 2018, it claimed responsibility for a killing spree in Barkin Ladi in Plateau, murdering several people as a reprisal of previous attacks on Fulanis.

“The killings in Barkin Ladi were motivated by previous killings of Fulani men and women by Birom youths in collaboration with certain minority ethnic groups in Plateau. We, hereby, justify this retaliatory attack and warn that we shall continue to defend ourselves and uphold the Fulani heritage now and in the future. Let it be known that the Fulani Special Force coordinated the attacks,” it said in a statement issued on June 25, 2018.

In another statement on January 13, 2018, it claimed responsibility for the killings of Tivs in Benue.

“The killings in Benue of Tiv are well deserved. It was a revenge attack on the series of onslaughts on the Fulani, which was most horrendous on November 17, 2017, when 30 Fulani men and women were killed in Nasarawa state. We notice the recalcitrant culture of the Tiv people as demonstrated even during the 1804 Jihad when they obstructed our ordained conquest of Nigeria.”

It added, “We have asked all Fulani across West Africa to raise money and arms to prosecute the oncoming war. We call on all Fulanis to prepare for this Holy War. There is no going back. All over the world, Nigeria is the only country given to Fulani by God.”

In 2020, the group also claimed to have been responsible for a March explosion in Lagos, saying the establishment of Amotekun in the South-West will result in “one calamity or the other” for the region.

Since the group began issuing statements claiming responsibility for various hideous attacks, the government has yet to publicly declare it a terrorist group, proscribe it, or seek the arrest of the brains behind it.

Persecution watchdog Open Doors ranks Nigeria 12th on the 2020 World Watch List of the 50 nations most dangerous for Christians. Particularly in the northern region and the Middle Belt, Christians face murder, injury, and property loss.