Mr Yahaya attributed his borrowings to the desire to put in place critical infrastructure and bridge the gaps of development in the state. 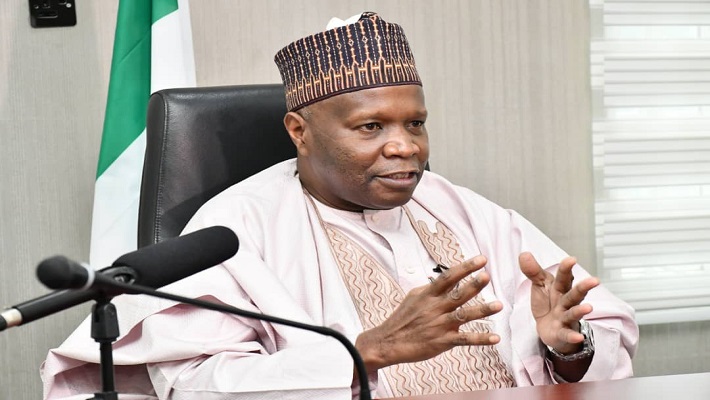 Governor Inuwa Yahaya of Gombe State has justified the borrowing of N55.3 billion by his administration in two years, saying it was to address development deficits and improve the well-being of the Gombe people.

Mr Yahaya stated this on the occasion of a public consultation with stakeholders on the state’s 2022 budget preparation on Thursday.

Responding to a Peoples Gazette report, Mr Yahaya attributed it to the desire to put in place critical infrastructure and bridge the gaps of development in the state.

The Gazette had in an exclusive report highlighted how the Gombe governor has borrowed and squandered over N55 billion since he assumed office on May 29, 2019.

But Mr Yahaya maintained that no government can succeed without borrowing in view of the current state of the economy and the need to run governance for the benefit of the people.

He blamed the immediate past administrations for alleged misapplication of resources and huge borrowings which failed to  address infrastructural needs of the state.

The governor, for instance, described the N5 billion Gombe Conference Centre as an elephant project with no bearing on the lives of the people.

He said  “At a time when the North-East zone was facing security challenges, you were building a conference centre that nobody will occupy because of insecurity.”

According to him, if his administration does not borrow to complete abandoned projects, such projects will come to waste and the people will not derive any benefits from them.

He said his administration was strategising on gathering what was wasted and maximising it for the benefit of the people.

“Some (people) are complaining and saying we shouldn’t borrow or put in money in order to do critical infrastructure and the needs of the people now, rather we should focus on doing what they did.

“For me I have committed myself to serving the people and we shall continue to deliver on the needs of the people,” he said.

He stated that the engagement of stakeholders in the preparation of budgeting in the state was a tool to input their needs and ensure people’s ownership of the process of governance in the state.

“Without planning you cannot allocate resources, so we will continue to plan based on the aspirations of the people and ensure proper implementation to bring development,” he said.

On the performance of the 2021 budget, Mr Yahaya said the state had recorded 68 per cent performance and would improve on it before December.

He called on participants to take advantage of the platform to make inputs that would benefit the people at the grassroots.

Earlier, the State Commissioner for Finance, Muhammad Magaji, assured that, in view of the wide engagement in the budget-making process for 2022, the budget would meet the aspirations of the people of the state.